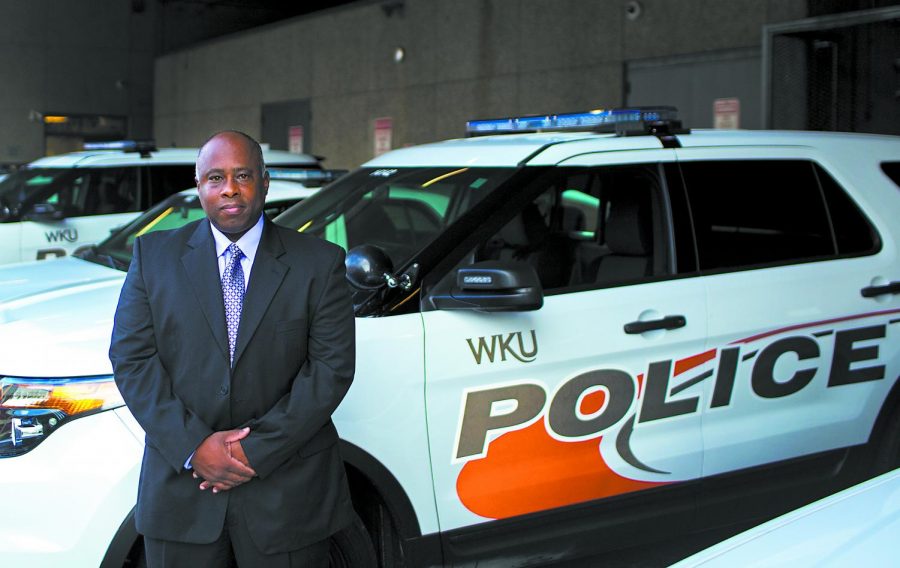 While thousands of people around Bowling Green have their eyes toward the sky during the eclipse, a few will be working to keep WKU’s campus safe.

WKU Police Chief Mitchell Walker has teamed up with the Bowling Green Police Department, fire department, and EMS to protect students during the eclipse.

“We have a couple of command posts set up on campus,” Walker said. “We’ll be in those command posts working those. We’ll have officers on foot and bike patrol on campus as well.”

Walker said coordinating, communicating and planning with other emergency services was the main thing they could do to make the event as safe as possible.

Walker also said WKU Police Department will be using the same protocol as they have for other previous junctures.

“We have a lot of special events on campus,” Walker said. “We’re used to large crowds and a lot of people on campus so we’re working it just like we would any other event.”

According to a release from the Kentucky Transportation Cabinet, “hundreds of thousands of people are expected to visit or pass through southern and western Kentucky in the days before and after the eclipse.”

The Kentucky Transportation Cabinet has also predicted heavy traffic on major roadways and interstates in the area. The release predicted commutes will be longer, and said that cell phone service and data service may be disrupted.

At this time, members of the WKU eclipse committee are predicting about 1,500 elementary, middle and high school students to be on campus to view the eclipse. Avenue of Champions will also be closed for the day, according to WKU Parking and Transportation Services.