The Walkthrough: August: the real offseason of Hilltopper Hoops 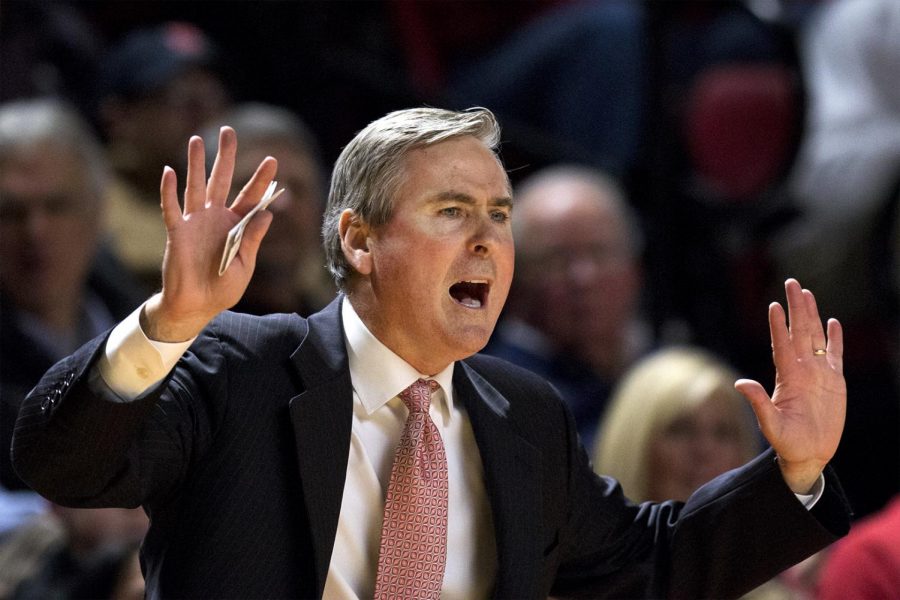 He’s back. But he’s gone. And he – yeah, him over there – he didn’t enroll in time. But that guy committed on Saturday.

There’s never a time to sleep and there is absolutely never an offseason when it comes to covering the WKU basketball team. If the Mitchell Robinson saga coming to an (apparent/alleged/seeming/purported/hopeful) end on Monday when he arrived on campus wasn’t enough roster shakeup for one day, the team also announced that transfer guard Jordan Brangers was no longer a member of the team after he did not meet NCAA transfer requirements.

And just like that, in what has become as routine a procedure as a practice scrimmage for the Hilltoppers under Rick Stansbury, WKU’s roster had twisted yet again. As one player walked in the revolving door to E.A. Diddle Arena, another made his way out.

On my laptop, I have a folder titled “College Heights Herald” filled with all the work I’ve done while working at this newspaper. Inside of it are subfolders of stories, columns and profiles which are organized by sport. In between the “Men’s Basketball” and “Women’s Basketball” folders is a unique folder named not after a sport, but a person. This person has never played a game for WKU, but he’s already created quite an archive of stories.

One document inside the “Mitchell Robinson” folder is a column I wrote on Aug. 3, describing Robinson’s sudden exodus from Bowling Green at the end of an already long saga.

And yes, saga is the only correct word to describe the situation. (The word is defined as a “very long story with dramatic events or parts.”)

In what seemed like a faster period of time than Robinson had to pack up his belongings in Bemis Lawrence Hall and bolt on July 26, that column had aged dramatically just 24 days after it was published. Because, like clockwork, Robinson left Louisiana for Bowling Green exactly one month and a day after he made the opposite trip. While the whole program seems to remain in a constant state of flux, Robinson warrants a timeline of his own to be perpetually updated with his latest movements.

As we’ve learned, no door is officially closed with Robinson, and he found out not all doors are always open either. After visiting Kansas and New Orleans, all signs pointed to the 7-foot big man avoiding college altogether and training for the NBA Draft.

In less than a month, Stansbury went from saying, “I had to move on. I’ve got a team to coach,” to welcoming the 5-star recruit back to his team on Monday.

In no way am I criticizing Stansbury for taking Robinson back. That would be misguided and irresponsible. But the nature of the situation has been bizarre and an absolute whirlwind.

I’m also not criticizing Robinson either. He’s a 19-year-old kid, and was 18 when he committed to play at WKU. Stansbury has mentioned on multiple occasions that Robinson could benefit from some structure. I personally don’t know his backstory, and even if I did it would be wrong and unfair for me to try to relate to him.

Mitchell Robinson has been an enrolled college student for three days. He has thousands of followers watching his every move on social media. He has had more words devoted to him by the local and national media – myself included – over the past month or so than 99 percent of young men under the age of 20 (yes, LaMelo Ball, we still know who you are). I cannot relate to him in many ways, and I certainly cannot relate to the sheer amount of attention he is experiencing.

Could he have handled it better and more professionally? Sure. He even said so himself, and for that, I commend him. It’s increasingly rare to see young people own up to their mistakes and missteps today. Robinson did that.

Outside of the most interesting man on the Hill, the rest of WKU’s roster is floating on waters that are far from calm.

Not more than six hours after Robinson appeared on the WKU online student database as a registered student did Brangers post a Snapchat from the Nashville airport.

Another expected 2017-2018 Hilltopper, Robinson Idehen, failed to register on time for the semester. Yesterday, it was announced that Idehen will play for Trinity Valley Community College in Athens, Texas.

Unless anything has changed since the team’s trip to Puerto Rico earlier this month, forward Moustapha Diagne is still fighting eligibility issues with the NCAA.

The only returning senior, Justin Johnson, was still on the football field at the beginning of this month.

And of course, Stansbury never fails to keep it interesting himself. You’d be hard pressed to find a coach asking the media for more questions in a press conference, much less a press conference in the middle of an offseason mystery. But that’s exactly what the second-year WKU head coach was doing on Aug. 4. Ever see Coach K doing that? Rick Pitino? Not a chance.

“And unfortunately, good or bad, right or wrong, it’s kind of the landscape of college basketball nowadays,” Stansbury said at that press conference. “It’s kind of where it is … They’re all just jumping around, changing schools, so that’s the climate we’re in today.”

But hey, that’s why we love sports right? Somebody besides our nation’s President has to keep us on our toes. For that, thank you, coach Stansbury. And thank you, Mitchell.