Renovations on president’s house are completed 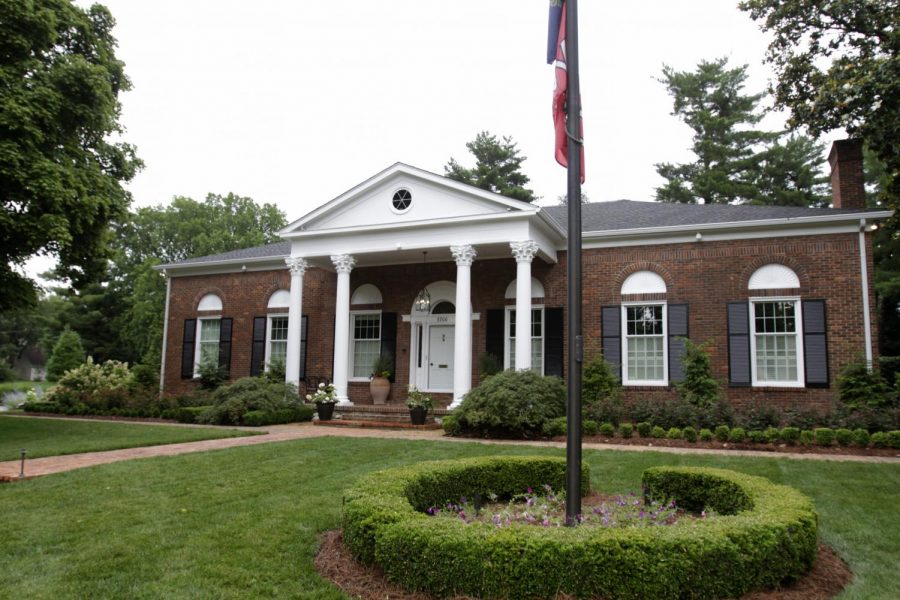 Renovations on the president's house were completed this week in time for incoming president Tim Caboni to move in sometime today. Rebekah Alvey/WKU Herald

President-elect Tim Caboni is set to arrive at WKU and begin the move into the newly renovated president’s house sometime today.

Renovations started on the house in February and were completed this week. Chief Facilities Officer Bryan Russell said the project addressed many deferred maintenance issues.

The changes include a new roof, the addition of efficient lights and windows, finished hardwood floors, a new air conditioning and heating system, paint on the interior and exterior of the house, replaced the columns outside the house, remodeled the kitchen and restored oriental rugs throughout the house.

The furnishings inside the house were provided by the Kentucky Museum and were there throughout Gary Ransdell’s presidency as well.

Russell said the project was primarily general repairs that “freshened up” the property. These changes were necessary because the house only had minor repairs since it was built as a private residence in the 1950s.

Gary and Julie Ransdell lived in the house throughout his 20-year tenure. They frequently opened their house to students and faculty for events.

Julia McDonald, assistant to the president, said she expects Caboni to use public spaces of the house for similar events as well as private meetings. She said Caboni had expressed interest in starting a guest book for people to sign when they arrive at the house.

Kerra Ogden, project manager for the renovations, said the project was finished before the original move in date of June 23. Russell said there is nothing unusual about the early finish and said campus teamwork made a difference.

“Fantastic teamwork is what got it done efficiently,” Russell said.

The project cost about $200,000 and Russell said it was mainly funded through private donations. What was not covered privately came from maintenance budgeting.

Russell said Caboni left all decision making on the project to WKU. Facilities conducted an evaluation to decide what needed to be done.

The exact time the moving trucks will arrive on campus is unknown. However, Ogden said, the house was turned over to Caboni at 4 p.m. Thursday.

Caboni’s first day as president will by July 1.