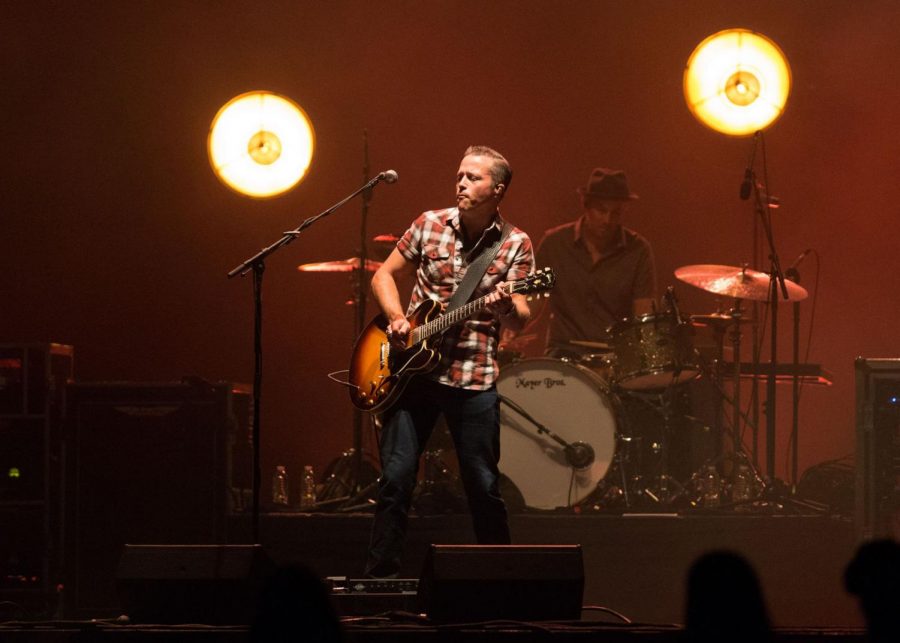 Grammy-winning music artist Jason Isbell, shown during the 2011 Mother Road Revival at BOK Center, will make his acting debut in "Killers of the Flower Moon."

Music artists Jason Isbell and Sturgill Simpson have joined the cast of the upcoming Martin Scorsese and Leonardo DiCaprio film “Killers of the Flower Moon” that will be shot in Oklahoma.

Apple original Films announced Tuesday that highly regarded actors William Belleau (“The Twilight Saga: Eclipse”) and Louis Cancelmi (“The Irishman”) have come aboard as cast members along with Isbell and Simpson, both Grammy Award-winning singer-songwriters. Isbell will make his acting debut in the film. After the news was announced, Isbell shared a link on Twitter along with the words “When I say I am EXCITED.”…

Belleau will appear in the role of Henry Roan, an Osage rancher with close ties to the Burkhart family while Cancelmi is Kelsie Morrison, a local hustler and friend of DiCaprio’s character, Ernest Burkhart. Simpson joins the cast as infamous rodeo champ and bootlegger Henry Grammer. Isbell will be an adversary of Burkhart.

Scorsese is producing and directing “Killers of the Flower Moon” for Apple Studios from a screenplay by Eric Roth. Producing alongside Scorsese are Imperative Entertainment’s Dan Friedkin and Bradley Thomas and Appian Way Productions.

Made in Oklahoma movies, from box-office hits to upcoming projects