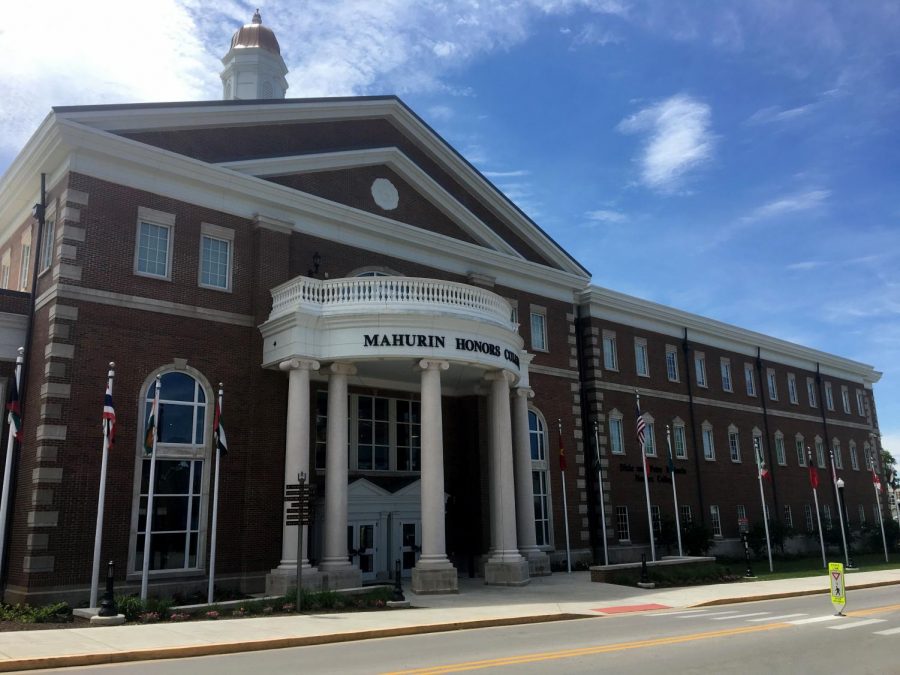 The Office of Scholar Development is housed in the Mahurin Honors College. OSD works with students applying for nationally competitive scholarships such as the U.S Fulbright Student grant. Rebekah Alvey/WKU

Five WKU students and recent alumnus were named finalists and four were listed as alternates by the Fulbright U.S Student Program

Melinda Grimsley-Smith, coordinator of international scholarships in the Office of Scholar Development, said the process of recruiting students typically begins in the spring semester for juniors. Grimsley-Smith said the program can also apply to recent graduates.

The Fulbright grant has two branches, either teaching English in a foreign country or research programs. Grimsley-Smith said she is looking for students who are comfortable with spending an academic year abroad, are interested in teaching the English language or have research experience.

Grimsley-Smith said students who study abroad are also great candidates because they are more willing to return to that country. Ryan Vennell received a Fulbright grant last year and has spent his year in London researching arts and documentary production.

Vennell said he studied abroad in Harlaxton while at WKU and one of his motivations for applying for Fulbright was an opportunity to return to London.

Grimsley-Smith said OSD and specifically her position is catered to helping students with national scholarships such as the Fulbright. Grimsley-Smith said she checks in weekly with students, reads essay drafts, makes sure they are following through with all aspects of the application and lets students know what the selection committee is looking for.

“My job is to make the process as transparent as possible for students,” Grimsley-Smith said.

Smith said she had studied Chinese at WKU and had taught in Mongolia in 2013. She said OSD and Grimsley-Smith guided her throughout the process and helped her decide what program would be best for her.

Smith said WKU has an environment that fosters international reach and a global campus by providing opportunities to engage with international students at home and abroad.

Grimsley-Smith said Fulbright can connect students with their future goals by providing professional research experience and leading students into a graduate program.

Smith said she is looking forward to returning to Mongolia to see old students and to earn more teaching experience. Smith said it is exciting to have a cross-cultural educational experience that Fulbright provides.

“It’s a very rich experience and it’s also a tool to think more, do more, be more,” Grimsley-Smith said.