Rolling out the Big Red carpet 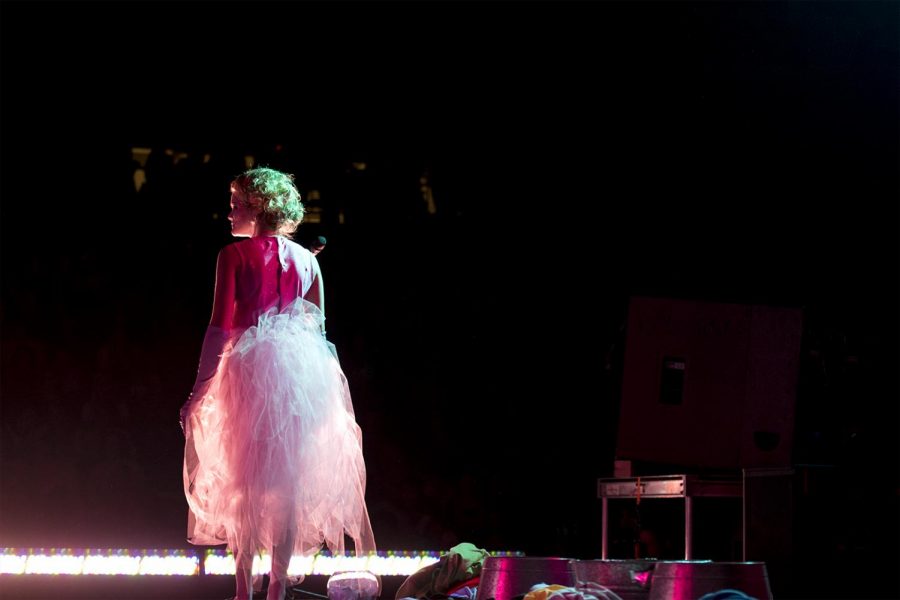 Senior Tori Lynch portrays Effie Trinket during the Alpha Delta Pi's "Hunger Games" themed performance at the 2017 Spring Sing at Diddle Arena on Sunday. Spring Sing kicked off WKU's Greek Week, where fraternities and sororities compete in events such as a blood drive and a tug of war competition.

Greek Week kicked off this past Sunday with the annual Spring Sing competition. This year the theme was “Rolling Out the Big Red Carpet,” and the performances ranged from “Beauty and the Beast,” to “James Bond.” Twenty-one fraternities and sororities competed this year. Some participants have been practicing for months in preparation to make sure their performances were perfect. Many groups incorporated elaborate props, costumes  and unique dances to make their performance stand out. The results of Spring Sing will be announced on Sunday.