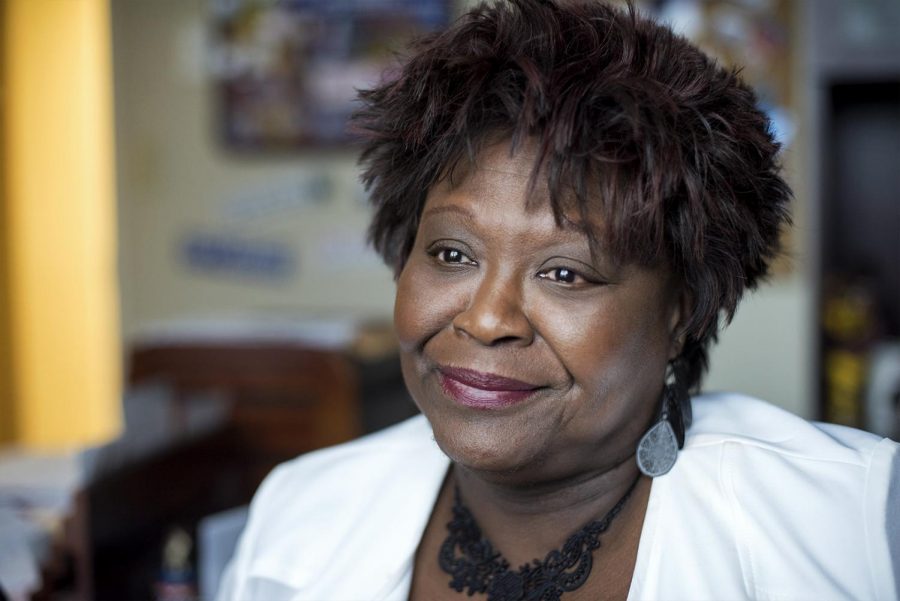 Saundra Ardrey is a department head for Political Science and director of WKU's African American Studies department. Ardrey has received a Fulbright Scholars award, and will be teaching and conducting research at the University of Limpopo in South Africa for one academic year. She will teach courses on Women and Gender studies and coordinate a service learning project between WKU and the University of Limpopo students. "I'm excited, I'm nervous, I'm scared, I'm a little bit of everything," Ardrey said.

Two WKU professors are about to head abroad for Fulbright awards. Saundra Ardrey and Johnny Chan will soon leave the Hill temporarily to complete programs in South Africa and China, respectively.

“It has been on my academic bucket list to teach at a historically black college,” Ardrey said. She will teach for a year at the University of Limpopo in South Africa beginning this summer.

Ardrey said Limpopo reminds her of her undergraduate program at Winston-Salem State University.

“It lacks some of the resources that other universities have, but when you talk to the faculty and the students, the enthusiasm and the intellectual curiosity are very vibrant,” she said.

In addition to teaching, she will be doing research. Her dissertation was on political behavior of African-American women in the American South. She wants to see if what she discovered in her previous research applies to women in South Africa as well.

Ardrey also shared the word, “sankofa,” or “to give back.”

“I want to get back to the reason I entered this field in the first place,” she said. “Teaching is a passion. I want to be able to share ideas and opinions and help influence the next generation of students.”

Kam “Johnny” Chan, professor of finance, will be teaching at Zhongnan University of Economics and Law in China for five months starting in the fall.

“Besides teaching, I will leverage this opportunity to conduct a research project about the impact of local Chinese political leadership changes on local firms’ tax avoidance behavior,” Chan said.

Chan also said he will use some of his commission to give public lectures and do research seminars at other Chinese universities.

He said he is most looking forward to getting first-hand experience with Chinese culture and tying it to the student learning experience.

“It is also an invaluable opportunity for me to interact, brainstorm and share knowledge with the faculty there in research and teaching,” Chan said.

Chan said  there is a 10-page comprehensive online application for the award with a deadline in August every year.

“There are two milestones after the online application,” Chan said. “First, in late November, they informed me that I was recommended for further consideration by a peer-reviewed committee in the U.S. Second, in late March, I was formally informed to receive the Award by the Fulbright Commission.”

Two of Chan’s students spoke about their experiences in Chan’s classes and said they are excited for his opportunity.

“The setting in Dr. Chan’s class is a very interactive one,” Owensboro senior Nick Simon said.

“He’s always writing things on the board to explain to us in depth about certain topics in a very easy to understand way,” Simon said. “Dr. Chan’s classroom is also a very comfortable setting to be learning in.”

Buyun Pan, a senior exchange student from China , said Chan is one of his favorite professors at WKU.

“I think we all like him because he makes finance fun to learn,” Pan said. “He likes to encourage participation in class. He did a fantastic job to let us realize how finance is important and common in our daily life.”

Chan said he will miss his students and colleagues the most, but he is excited to return to WKU in spring of 2018.

Ardrey shared Chan’s feelings as well as her own of missing some comfort items. She said she will not have air conditioning and will lack some materials that are readily available at WKU.

She also said she wishes these faculty Fulbright recognitions will serve as inspiration to other WKU faculty members.

“There are so few faculty that apply, especially African-American faculty,” Ardrey said. “So, I’m hoping this will encourage other faculty of color to apply.”