New fraternity hosts International Olympics for a cause 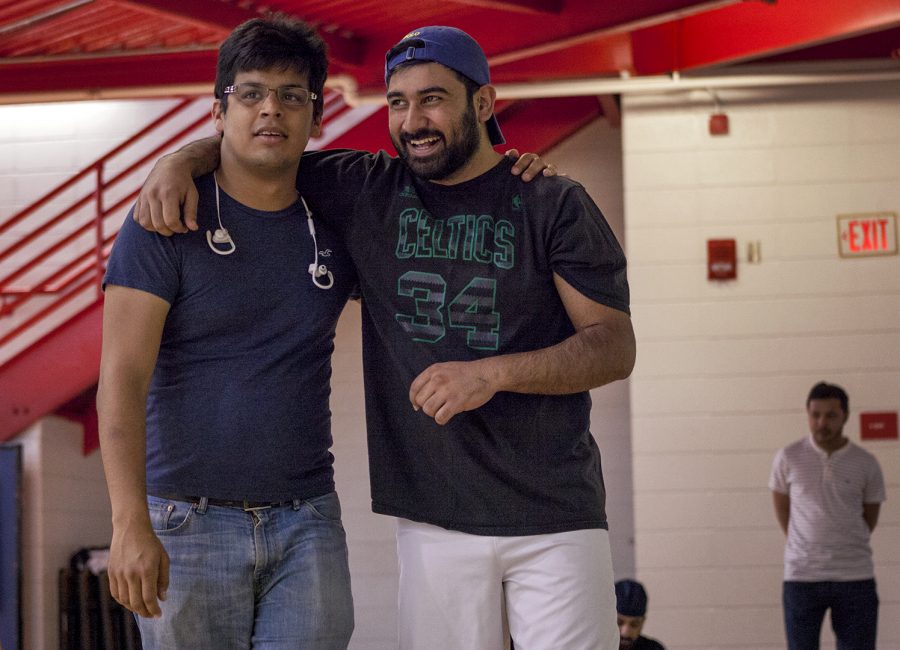 The Indian Students Association successfully defended its title from last year as winner of the Olympics.

WKU’s newest fraternity, Beta Gamma Omega, a multicultural fraternity established Feb. 10 this year, hosted the International Olympics along with the Council of International Student Organizations in an attempt to get international students more involved at WKU.

The International Olympics were created to make it possible for all organizations to compete fairly. Since some of the international organizations have significantly less members than others, the six events were designed to be easy to participate for those with fewer members, and all of the sports are popular with international students: ping pong, badminton, volleyball, track and field, dodgeball and soccer.

Aditya Somaraju played ping pong competitively in India, but he is now focusing on his major in computer science, and his schoolwork has kept him from playing as much as he did before. He said he was proud to be able to represent his country once again by playing in the ping pong tournament on Thursday.

Somaraju said he didn’t feel separated from other people in the tournament like he usually does on campus, because he was with other international students.

“Everyone comes together here and makes friends,” he said.

Somaraju and his partner, Wajahat Faisal, 19, beat the Pakistani team for the first gold medal of the event.

After the ping pong tournament, Chavarri and Daniel Salami, umpire of the tournament and member of Beta Gamma Omega from Nigeria, were happy with the turnout.

“I’ve never seen so many people from so many backgrounds in one place,” Chavarri said.

Shereyas Hassan and his badminton partner, Smita Peter, took the gold in the badminton championship against Pakistan on Friday.

Hassan also played competitively in India, but this was only the second time he played since coming to the United States.

“It’s my forte, and I finally got to play and show my talent,” he said.

Peter was surprised she was one of the only girls participating, but not discouraged. She played ping pong recreationally in India and was glad to meet new people in the International Olympics.

Going into the championship volleyball game Friday evening, Hussain Alsiadiq, a Saudi student, was confident his team would come out on top. He has attended WKU for three years and said he already knew most of the people at the games. When one of his friends asked him to participate last minute, he was happy to help, and his team beat India in the final volleyball game.

India got its third win in the track and field event, a 400 meter relay, and ESLI won its first event at dodgeball on Saturday.

Abdullah Alriyami, a 21-year-old student from Oman, said he appreciates the chance to meet people from different cultures from all over the world. He said he thought the Omani team would be able to win the soccer game for the second time this year, though he knew they couldn’t win the overall title.

“Honestly, I think everything will be easy for us,” he said, “but I’m not trying to be cocky.”

ESLI came in second place, and the Korean Students Association placed third. Beta Gamma Omega will hold an award ceremony for the winners of the International Olympics at the World Festival this Thursday.

Correction: a previous version of this story referred to Daniel Salami as David Salami. The Herald regrets the error.