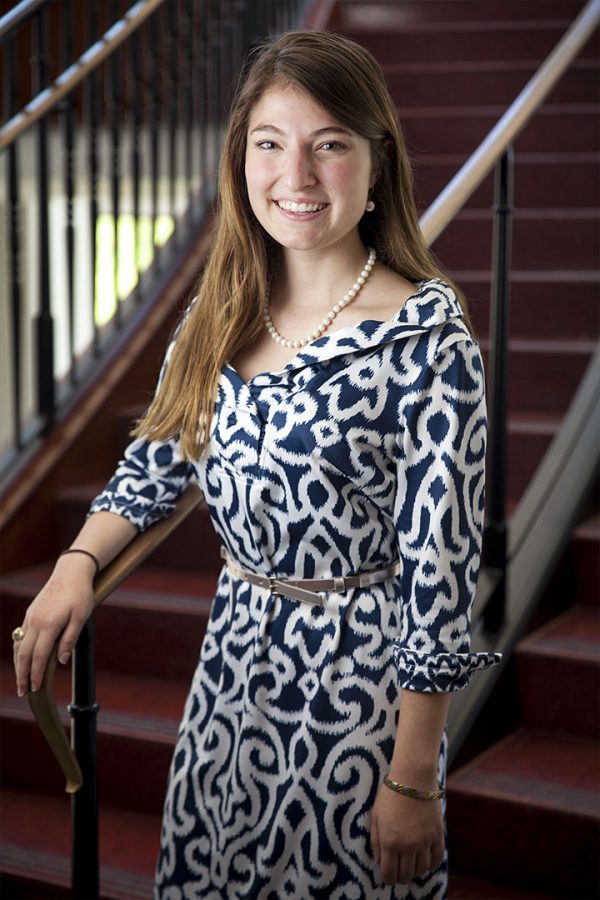 Sophomore Andi Dahmer, of Louisville, has been a member of the Student Government Association since the first semester of her freshman year and is now running for president. Her and her team have have drafted a total of 22 pieces of legislation for SGA and she believes their experience would make them the best choice during the transition between President Gary Randell and Tim Caboni.

A full video of the debate is available on the Herald’s Facebook page.

Molyneaux began the debate by saying she and Dahmer felt the most important issue facing the student body at WKU was retention.

Dahmer said she and Molyneaux wanted students to know about their “dependability.”

“We’re willing to undergo a large transition in the coming year from Dr. Ransdell’s presidency to Dr. Caboni’s,” Dahmer said. “And I think that based on our service in SGA for the past four semesters, we deeply understand what the  senate has done, how senate works with [executive branch], and the Judicial Council.”

Dahmer also mentioned working with the Kentucky Board of Student Body Presidents and the Board of Regents as something she was prepared to do.

A question from Twitter asked the candidates how they planned to work with the Board of Regents, while making sure to still represent the student body.

Dahmer said she and Molyneaux would “listen to the student voice” and promote an “atmosphere of collaboration.”

Mujkanovic said the “rising cost of tuition” is one of the biggest issues WKU faces.

“I feel like our rising costs in the state of Kentucky is just absurd, and I believe I will do my best to fight against that,” Mujcanovik said.

Mujkanovic mentioned a tuition cap as a possible solution to the cost of attending college.

Mujkanovic said one of the main parts of his platform was to “increase involvement in our WKU students” and in students elected to SGA. Mujcanovik referenced a piece of SGA legislation that encourages SGA members to work at least one hour each week in the SGA offices.

“I believe also that we should implement that our senators should also dedicate at least one hour towards the community to better understand and represent you all and to better understand the issues you’re going through, by actually being involved and being in the community and seeing the issues up front,” Mujkanovic said. “Then being able to come back and form legislation that will benefit you and bring about positive change.”

Mujkanovic also said he wanted to promote more involvement in the community from all students at WKU.

“That is our sole responsibility, to let the people of this university know that we take up a big percentage of it, and a lot of stuff that goes on here impacts us a lot,” Mujkanovic said.

“Our campaign believes that the biggest problem facing WKU right now is that the university largely only works for rich white students,” Nellans said.

Nellans cited “problematic policies” at WKU, including Honors College recruitment and housing and “ignoring violence” against minority students, as things that their campaign wanted to focus on resolving.

“Too often we see students racking up hundreds of dollars on their parking ticket fees and it is ridiculous to believe that somebody wouldn’t be able to graduate or register for classes just because they had to park somewhere to get into a class on time,” Anderson said.

Anderson said he would like to see the option for students to do volunteer or service hours to pay off the ticket.

“That kind of policy is emblematic of the kind of administration we would have,” he said.

Nellans added that “high tuition and high fees” are “issues of economic justice” she and Anderson would be fighting against.

An earlier version of this article referred to Kenan Mujkanovic as “Mujcanovik.” The correct spelling of the name is “Mujkanovic.” The Herald regrets this error.