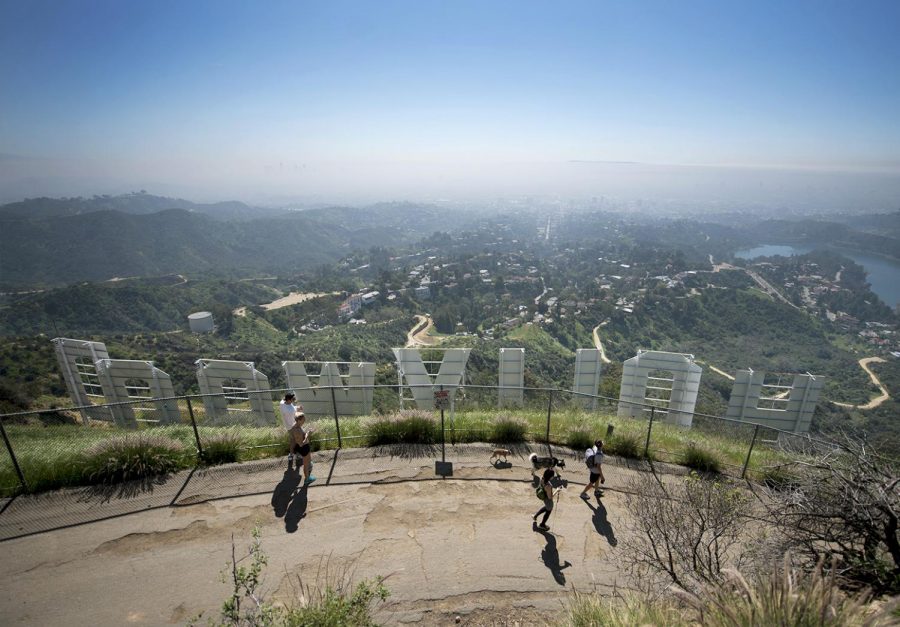 The infamous Hollywood sign located in Los Angeles, California can be seen by hiking the Aileen Getty Ridge Trail which is an all around four mile hike on Mt. Lee in the Santa Montica Mtns. The Hollywood sign has been standing since 1973 and is an American cultural icon as well as a landmark for tourists.

Throughout this past spring break, staff photographers of the College Heights Herald set out on many different adventures. Some ventured to New Orleans, Los Angeles and San Fransisco. For photographers, the meaning of spring break differs from that of an average college student. Where photographers go means a whole different world with new images to make and different people to meet. The following are statements by four Herald photographers on what their experiences were like.

Los Angeles, California, or better yet, the City of Angels is nothing short of exciting, and spending a week inside the hustle and bustle of such a diverse city brought inspiration and excitement to another level. The air, the smell, the vibe and the people were all ingredients to a recipe of fun and quite possibly the best spring break ever.

A lot of people surfed on waves for their breaks, but my bank account only afforded me couches (and on one unfortunate night, a chair). Despite my budget I was able to stretch my dollars over 1,500 miles, 32 hours on the road and six states. In that time, I got lost in the Garden District of New Orleans, crashed bikes in Atlanta and was shunned by a small community in rural Georgia. All in all, I’d say I had a pretty eventful break, but I can already tell my professors wished I would have just caught up on my sleep instead.

As any good traveler knows, the journey is just as important as the destination, and nowhere is that more apparent than when traveling by car. Windows down, miles disappearing beneath the wheels, the open road is romanticized for a reason; unfamiliar locales open up like an oyster to the observant explorer outfitted with an automobile. Around noon Saturday we left the campus and drove towards our goal: the Grand Canyon. In front of us we had a 24-hour drive and four states to cross. On the way,  we stopped several places to overnight in the wild. It was great out there in the middle of nowhere, completely silent, just sitting there looking up at all the stars while we could hear the coyotes howl in the distance. Our first stop was at the Cadillac Ranch. A public art installation and sculpture in Amarillo, Texas created in 1974. It consists of what were either older running used or junk Cadillac automobiles, representing a number of evolutions of the car line. Half-buried nose-first in the ground you are allowed to spray paint them as you want. Every year they will get painted white again to allow new tags.

There was a collective feeling of happiness in the state of California  when I arrived in San Francisco. For  the past two weeks it had been non stop raining and temperatures in the low 60s,  which was unusual for California. Everyone was out surfing, running, or walking and enjoying the sun and mid-70s. Sight-seeing was a major part in the trip. We went to Twin Peaks, Headlands and the Palace of the Fine Arts. There was also Dolores Park at night with the city lights and Painted Ladies from the famous Full House opening. Very touristy. But let me tell you…  the food. So good. My tastebuds had never been more alive. The best meal I had there was a salad from Jane’s near Haight Street.