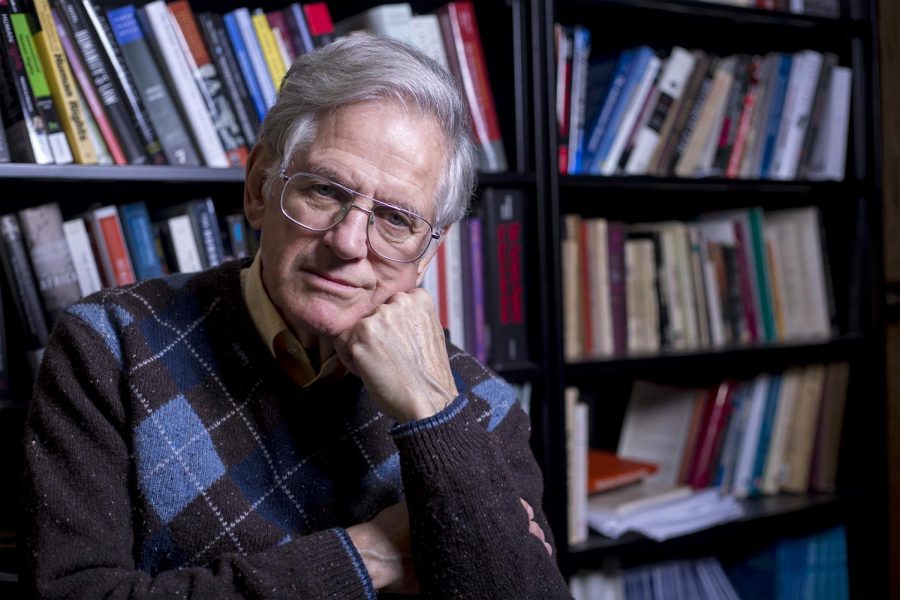 Professor Emeritus of Psychology and Human Rights for Honors College, Dr. Sam McFarland, is currently working on an American Psychological Association Task Report that will go to the American Psychological Association to inform individuals about human rights. “APA, I think, needs to have a permanent standing committee on international human rights….Right now there is nobody who has an ongoing responsibility to bring human rights issues to the attention of the governing council. A standing committee would do that." McFarland said.

A WKU professor has been appointed to a task force working to promote and protect human rights internationally.

Professor Emeritus and human rights activist Sam McFarland was appointed to the American Psychological Association’s Task Force on Human Rights. The task force aims to identify what the APA is already doing well in regards to human rights and what the organization could be doing better.

The task force, which consists of six members, was created in response to a lapse in human rights protections during the early 2000s. In 1994, the U.S. ratified what is commonly known as the Convention Against Torture. This convention stated torture could not be justified under any circumstances.

The U.S. followed this convention until after 9/11, when the government redefined torture as being limited to acts that would cause serious maiming or death. These enhanced torture techniques were used until 2008. During this time, some groups such as the American Medical Association condemned this newer, lax definition of torture as a violation of the Convention Against Torture and ethical standards; the APA did not.

By identifying possible problems with human rights protections, the task force hopes to prevent the APA from making the same mistake in the future.

“I don’t think it’s ever going to happen again in APA,” McFarland said. “If that happens again, APA would be an opponent and not a supporter. I’m sure of that.”

The task force has been assigned to produce a report for the APA that will review the organization’s current activities and make recommendations for future human rights related activities.

McFarland has written several sections of the task force’s report, including a definition of human rights in relation to psychology. The APA’s website states this definition will, among other things, “clarify the relationship of human rights to APA’s mission” and “frame and guide APA’s work to promote human rights.”

McFarland has also written a section regarding the distinction between human rights and social justice. He explained the APA currently follows a social justice framework, and the task force would like the association to move to a human rights framework instead.

McFarland also wrote a distinction between human rights and human welfare, and plans to recommend  the APA provides reparations to past victims of torture.

McFarland said he hopes  the APA will create a standing committee in place of the task force to continue monitoring international human rights issues. This committee would be able to advise the APA’s governing council and bring possible issues to its attention.

McFarland has also put an emphasis on teaching college students about human rights and said many students don’t know much about the often-untaught subject. After teaching his last class at WKU in 2013, McFarland authored Human Rights 101: A Brief College-Level Overview, which is an online publication free to download for any student or teacher interested in the topic. Since McFarland retired, no human rights courses have been offered at WKU.

“Students — honors students, juniors and seniors — come into my class and say, ‘I never knew any of that,’” McFarland said. “That was a fairly common reaction.”

After a pause McFarland added, “Human rights is the most important untaught subject matter in American education.”