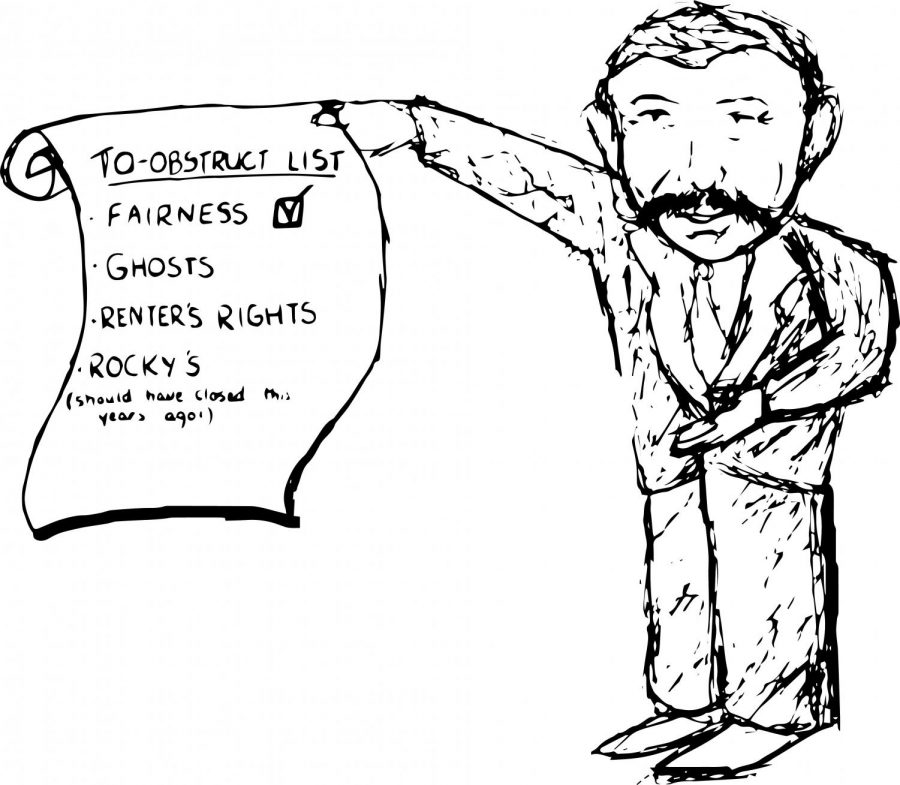 The Issue: History was made in Bowling Green with the first-time proposal of a fairness ordinance to add sexual orientation and gender identity as protected categories to existing civil rights laws.

Our Stance: While Commissioner Brian “Slim” Nash proposed the ordinance, other commissioners failed to even second the motion for a debate. To not even have open discourse on the issue is ultimately, and decidedly, unfair.

Last Tuesday, was one small step for Bowling Green, a step which had finally come after several years of lobbying, impassioned speeches and desperate pleas.

The chambers of Bowling Green City Hall were filled with people wearing blue t-shirts that Tuesday, “Another Kentuckian for Fairness,” they read. From the perspective of the mayor and city commissioners, the entire left side of the room was packed with these shirts and they were interspersed throughout the room which had reached capacity by the time the meeting started.

In between the bench where city officials governed and where the public sat was a podium squarely facing the eyes of local government: an eye in the hurricane of what has come to be a continuous stormy battle.

Before the meeting began, Commissioner Sue Parrigin walked around the outer ring of the chambers, shaking hands with constituents. She wore an “I heart Bowling Green” pin on the left side of her blue blouse, yet her later actions would prove her unworthy of this button.

A man asked her about the fairness ordinance: she said the commissioners have an agenda to follow.

Before the meeting started, an invocation was given, asking God to oversee the work of the commissioners tonight. This was followed by the Pledge of Allegiance. The words “liberty and justice for all” would soon come to ring hollow.

After sifting through the other business of the commission, the time came to propose the fairness ordinance. The proposed amendment was read, Mayor Bruce Wilkerson asked for a second on the motion in order to bring discussion. The room went silent. A second was never received.

Supporters of the fairness ordinance marched out of the chambers to join others in the lobby of City Hall and outside. Approximately 200 people were in attendance. Cries of “shame, shame, shame” could be heard from outside City Hall and inside the lobby as supporters made a tunnel of shame in anticipation of the other commissioners and mayor to walk out.

Parrigin came out of a back entrance to avoid the crowd, escorted by a police officer, as she attempted to get into her car in front of City Hall without being noticed. However, chants of “shame” followed her as she drove off into the sunset.

Perhaps she was on her way to WKU to check on her own lawsuit against the university for age and sex discrimination. You know, the one she has every legal right to file while LGBT people have no legal recourse for termination of employment or housing.

The Herald has supported the passage of a fairness ordinance in the past, and we applaud Nash for proposing the amendment and support him in the coming battle. We applaud even louder for the citizens of Bowling Green who have been pushing for the ordinance since the beginning.

The issue here is simple, commissioners refuse to even discuss the adoption of a fairness ordinance. We already know that the commissioners and the mayor have their own faulty reasons for refusing to adopt the ordinance.

Commissioner Joe Denning believes there are already laws in Kentucky that protect the LGBT community from discrimination, which last time we checked, isn’t the case as Kentucky has no statewide fairness law. Because if we did, this wouldn’t be an issue to begin with.

Wilkerson has continuously maintained the issue would be best managed on a state level and not a local level. And while there is a fairness bill in the form of Senate Bill 63, you also have anti-fairness bills such as House Bills 105, 106 and 141.

Let’s be real for a moment; the “Bowling Green Massacre” sounds more believable than the General Assembly and Gov. Matt Bevin actually passing and signing a statewide fairness bill into law.

Commissioner Rick Williams has served on the city commission since 2013 and is opposed to the ordinance as well. There’s not as much reasoning behind Williams’s opposition so we assume he’s been racking his brain for a few years trying to think of one. We wish him luck.

Perhaps most baffling of all is the reasoning behind Parrigin’s opposition. She’s said she’s for equal treatment but thinks the ordinance should be on a federal or state level.

“There is discrimination in every corner of this globe, of some sort, people are discriminated against. And it’s real. Is it appropriate for a local city government to decide protected classes? I just don’t believe it is,” Parrigin said in a recent interview with WBKO.

However, Parrign has no trouble touting the powers of the Civil Rights Act of 1964, the very act which gives her the right to pursue legal discourse against WKU for allegedly discriminating against her.

Fairness supporters are simply wanting to attach sexual orientation and gender identity to our already existing civil rights statutes here in Bowling Green. It is more than appropriate for local government to decide this issue if the federal and state levels have not done so.

In fact, had it not been for the Civil Rights Act, Commissioners Denning and Parrigin may not even be city commissioners today. Yet, they continue to be greedy by not fully extending these rights to all.

Passing the ordinance would ensure universal human rights and also would have economic benefits for Bowling Green.

We’ll set the bar low for the other commissioners. All Nash needs is a second to bring discussion on the ordinance. That’s all we’re asking of you at this point. At least let everyone publicly know your prejudices instead of hiding behind veiled talking points.

Some may say the issue of fairness was decided in the November election when several candidates running on passing the ordinance failed to get a seat. This is nothing more than a straw man. We’re talking about the bare minimum of discussing the ordinance and having an open debate about it.

If the ability to have an open discussion and freely share information and different viewpoints was voted out in November, then we all have bigger issues than the fairness ordinance to worry about.

We implore just one more commissioner to second the ordinance when it is presented again on March 7. At least give the ordinance the public discourse it rightly deserves. Until then, the other commissioners and mayor should think twice before uttering the words “liberty and justice for all.”