Tops look to continue winning streak on the road 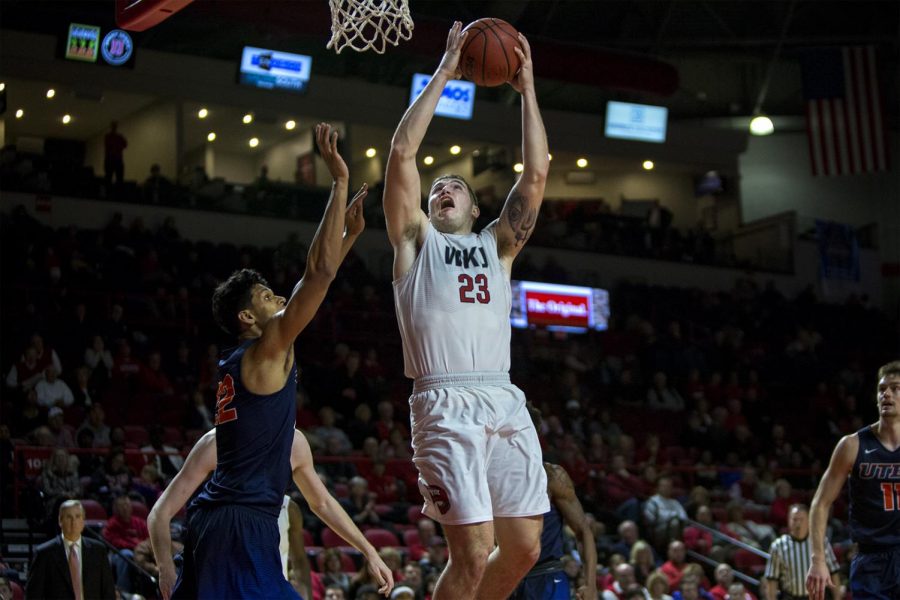 After winning back-to-back games in Diddle Arena, the WKU men’s basketball team is back on the road to take on Conference USA opponents Louisiana Tech and Southern Mississippi on Thursday and Saturday.

In last week’s wins over Texas El Paso and Texas San Antonio, the Hilltoppers (11-11, 5-4 C-USA) began to click on the court, leading from start to finish in both contests. Despite the wins, Head Coach Rick Stansbury stressed the importance of improvement and moving forward with the season.

“We got to take that next step,” Stansbury said. “I told our team that right after the game. Everybody is good at home. Those two wins we just had Thursday and Saturday were games that we were supposed to win as we were favored in both of them. Well, it’s time for us to do something special, go do something that we are not supposed to do and go somewhere and win where we are not favored to win at.”

Now that the active roster is down to just 10 players, any injury can greatly affect the team’s depth. The Toppers will likely be without senior forward Ben Lawson this Thursday in Ruston, Louisiana, against La. Tech as the 7-foot big man from England has a sprained ankle.

“It’s going to be the same game plan. It’s just the same thing every time,” senior guard Junior Lomomba said of Lawson’s injury. “It’s the next man up. It’s an opportunity for the guys who played behind him to come in and give us the spark that we need in order for us to get a win.”

La. Tech is 14-8 on the season with a 6-3 record in C-USA, as the Bulldogs are sitting at third in conference standings.

With scoring coming from different positions and spots on the floor it will be a challenge for the Tops to hold La. Tech down as they average 76 points per game behind a potent offense.

“It’s a great opportunity for us, I think they’re top three in the conference right now,” Lomomba said. “So, just to go over there as the underdog and try to get a road win, that’s a big challenge for us.”

The Toppers present similar challenges for the Bulldogs, as they have two guards and a forward averaging in double figures. Senior guards Que Johnson and Pancake Thomas are averaging just under 28 points combined, and both are coming off hot shooting performances last week.

“This is a big chance,” Que Johnson said. “Especially with this game being on the road, we kind of struggle on the road, so this would be a great opportunity to get a big win for us.”

Two days after the matchup with La. Tech, the Toppers will be in Hattiesburg, Mississippi, on Saturday to face off against the Golden Eagles of Southern Mississippi

The Golden Eagles are led by senior swingman Quinton Campbell is netting 12 points per game while sophomore guard Cortez Edwards puts in 10.4 per contest for USM.

Both matchups will be important opportunities for the Toppers. The team has a chance to get some rhythm and confidence as they get closer and closer to the post season.

“All wins are important, no matter if they are in November, December, January, February or March,” Stansbury said. “But no question, when we move forward they all become important home or away. It’s obvious, like most teams do, but we play pretty well at home rather than on the road. Again, we have got to find a way to go on the road and be better than their guys.”