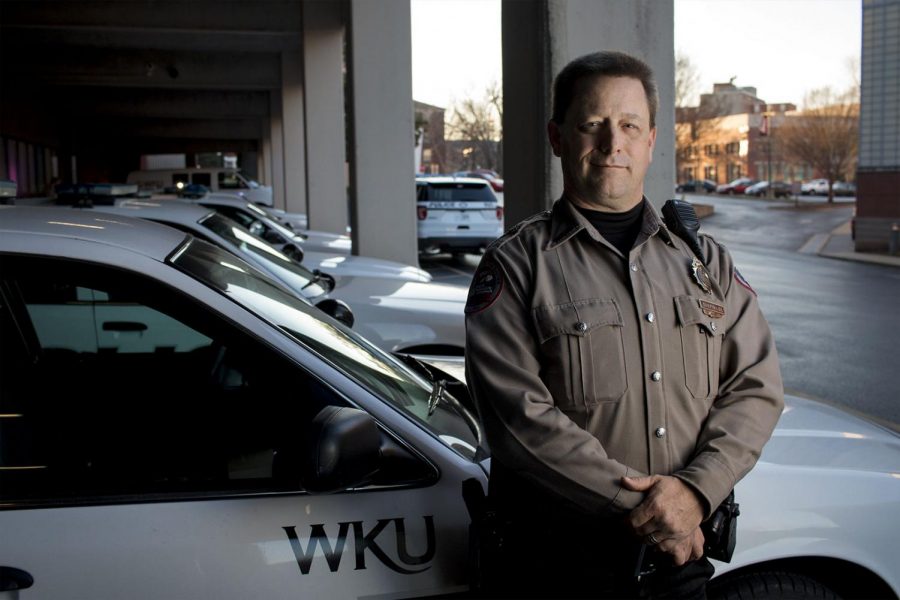 Dustin Lee, 42, from Bowling Green, Ky., has worked as a WKU Police Patrol Officer for the past two years. He prefers working the night shift, also referred to as third shift, because he enjoys DUI enforcement. From the time he graduated from the police academy in October 2015 to Sept. 30, 2016, Lee made 11 DUI arrests. “[DUI’s] kill and injure a lot of people every year and every one you get off the road makes things that much safer.” Brook Joyner/HERALD