Framing LGBTIQ rights, straight pride is not a thing 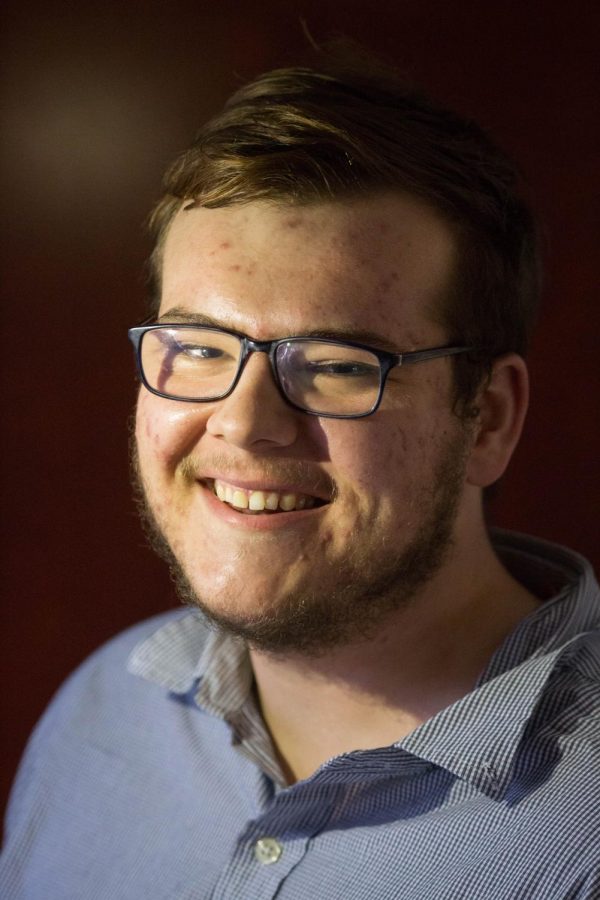 Erick Murrer is a columnist for the College Heights Herald.

Nearly 50 years ago in March 1967, veteran journalist Mike Wallace anchored a broadcast for the television documentary series CBS Reports, centered around “The Homosexuals:” a watershed, albeit negative, moment for gay visibility. Wallace, in complete deadpan fashion, profiled homosexuality as one of the greatest concerns of modern society.

“There is a growing concern about homosexuals in society, about their increasing visibility… Americans consider homosexuality more harmful to society than adultery, abortion, or prostitution.”

Fast-forward 50 years later. Restrictions no longer exist for gay and transgender individuals to serve in the military; an Obama-era executive order, re-affirmed by President Donald Trump, bars federal contractor employee discrimination on the basis of LGBTIQ identity; anti-discrimination provisions exist for the overwhelming 89 percent majority of Fortune 500 companies; and same-sex marriage is recognized in all 50 states. Despite these advancements, LGBTIQ equality still hangs in the balance.

A federal provision comparable to the Civil Rights Act of 1964 have yet to be passed to protect individuals on the basis of sexual orientation and gender identity, but the quality of life for LGBTIQ people is now unparalleled to what it was in 1967.

Nonetheless, LGBTIQ protections remain spotty on state and local levels, especially within our own community. On Tuesday, for the ump-teenth time, the third-largest city in Kentucky refused to deliberate the merit of a fairness ordinance tacking on sexual orientation and gender identity for the purposes of anti-discrimination measures.

City Commissioner Brian “Slim” Nash, the sole presenter of the Fairness Ordinance, said, as quoted by WBKO, “Do we want to be a community that says, we’re against discrimination… Or do we want to say that we’re a city that accepts the fact that the discrimination exists?”

On Tuesday, the ordinance did not secure a second, which would have allowed for further discussion and voting. This detestable silence represents an unwillingness to recognize equal protection under the law for all.

Nevertheless, how did this critical mass for LGBTIQ equality accelerate in a period of 50 years to go from only viewing LGBTIQ peoples as reviled pariahs in America, to that of protecting rights on the forefront of a new civil rights movement?

The answer: the assertion of LGBTIQ pride and the humanization of queer experiences in the face of adversity and oppression, which has sought to bring down and silence queer and trans voices.

After CBS released their controversial 1967 broadcast, the Chicago Tribune’s review was entitled, “TV No Spot to Unload Garbage.”

Comparably horrifying sentiments like this continue to pervade the consciousness of a sizable, queer-phobic ideology that seeks to erase, belittle and demonize the identities of LGBTIQ peoples on the flawed premises of religious, cultural and scientific terms.

Thinking they represent a constructive approach to queer and non-queer relations, some heterosexuals have asked what the underlying premise is for coming out or why the need to celebrate queer pride exists. “I’m straight, but I don’t take pride in being straight. Why do you feel the need to flaunt your sexuality – shoving an agenda down our throats?”

Firstly, the experiences are non-comparable. Moreover, if by flaunting your sexuality, you mean, fighting against realities of physical or verbal assault because you are perceived or found out to be queer or trans, then by all means, I will continue to stand by those who champion the rights of queer people to live in an inclusive society that understands queer issues.

According to The New York Times, the LGBTIQ community is subjected to the most hate crimes of any minority, and is more than twice as likely to be targeted than African-Americans.

Straight people, with respect to their sexuality, are affirmed and included anywhere they go. Without having to fear being fired or treated with inferiority, straight people freely talk about their weekend outings with their partner of the opposite-sex as well as walk the streets while holding hands not worrying about the ramifications of prejudice because of their relationship dynamic.

Every mainstream sitcom or popular song revolves around heterosexual relationships – so being straight is far more than a function of a “bedroom activity,” and characterizes eventful, non-sexual, everyday life experiences. LGBTIQ peoples should be no different.

In narrow-minded terms, these sentiments reflect an ignorance to the plight of LGBTIQ peoples by relegating our experiences to private, sexualized spaces.

There is no need for straight pride because straight people are fully integrated, respected members of society.

While pride in being straight is not a thing, LGBTIQ people’s lives are at stake. Our rights are non-negotiable, and justice is demanded.