The Hill’s best brews, or at least best three 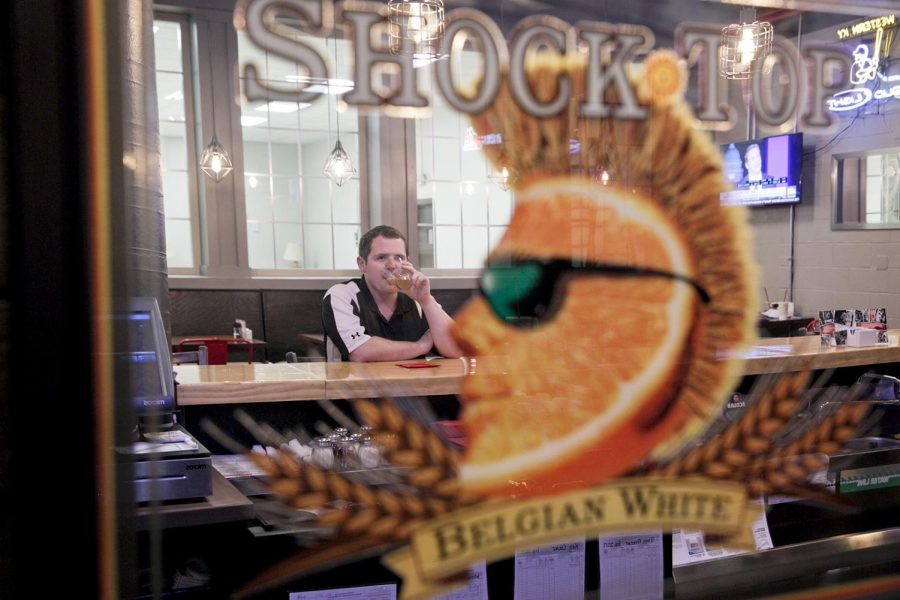 Nick Conrad, a 24-year-old senior at WKU, drinks a beer at the newly opened Topper Grill on WKU's campus. "I was the first one to buy a beer here," Conrad said.

Topper Grill and Pub, the unofficial but seemingly aesthetic sequel to RedZone, opened nearly one year ago. For this assignment, I was required to forget my painfully mediocre first impression, which was around the pub’s launch. Still, I was skeptical.

Thankfully, the pub proved me wrong and has improved in some striking ways.

One of these improvements is a livelier atmosphere. A little more than a week ago, the previously alcohol-free pub began serving alcohol.

The move was greeted with a warm, foamy reception. Employees at Topper Grill and Pub have noted an increase in business during peak lunch hours, which is leaps and bounds better than the pub’s comparatively clunky, inebriated rollout.

If alcohol sales on WKU’s campus succeed, you may notice this format brewing on other college campuses across Kentucky. It’s an experiment of sorts. The inverse is also true, of course –- if selling alcohol on a college campus proves to be unsuccessful or problematic, the pub’s liquor license can be revoked and universities across Kentucky will stray away from the idea, not wanting to subscribe to a similar fate.

Topper Grill and Pub is relatively small and tucked away in the Garrett Conference Center. It’s not as open as RedZone, but it maintains a friendly atmosphere and is aesthetically pleasing. Since its inception, the menu has expanded to include more gourmet offerings.

I explored the drink menu at the pub with the help of my accomplice, Steven Hammond, and we’ve handcrafted a top three list of the best beers to buy the next time you’re on the top of the hill.

I would have made a top five list, but there’s a three drink limit, and they cut me off.

1. The White Squirrel Nut Brown is the pub’s darkest offering. It’s a robust brew, and its bold tones are coupled with an intriguing selection of mixed nuts. It’s a Bowling Green favorite, and it’s bound to please those looking for a darker draft; a counter to the many lighter, more amber options available at Topper Grill and Pub. Buy two, so you can pour one out for the victims of the Bowling Green Massacre, lest we forget.

2. The Fat Tire is a lady three fair. It has a hoppy flavor, and it blends with an almost wheat-like taste. This domestic craft beer is a refreshingly worthy alternative to the more forgettable and generic American offerings. Unless you like sad country music. We won’t hold that against you.

3. Shock Top is a pretty popular drink at Topper Grill and Pub. It’s a citrus-based wheat beverage, served with a small slice of orange. It wasn’t exactly my first choice, but it serves as a working metaphor of the 2016 election.

Despite my rocky start with Topper Grill and Pub, I was thoroughly surprised upon my second visit. I’m glad I gave it a second chance, and I’m looking forward to becoming a regular. Because there’s nothing wrong with a beer at 11 a.m., and don’t let anyone tell you different.