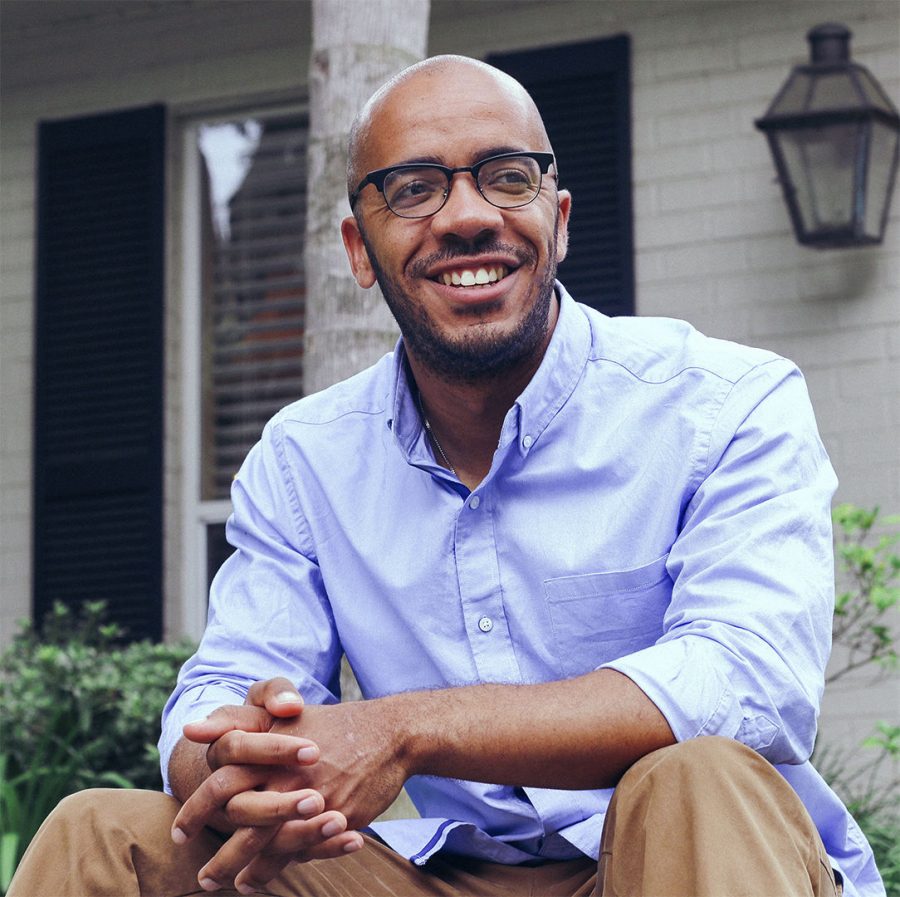 Clint Smith will speak on Thursday Feb. 18 in DSU Auditorium. In a TED talk he gave in July 2014, Smith talks about dangers of not speaking up, "I will not let silence wrap itself around my indecision...sometimes all people want is to be human," Smith said. (Courtesy of Josclynn Brandon)

Poet and educator Clint Smith will speak at WKU in honor of Black History Month tonight in Downing Student Union. Currently on a book tour, Smith is a third-year Ph.D. student at Harvard University. He is from New Orleans and recently relocated from Cambridge, Massachusetts to Washington, D.C.

Smith has taught in prisons in the Massachusetts Department of Correction and taught high school English in Prince George’s County, Maryland. He was a finalist for an NAACP Image Award for his book “Counting Descent,” a collection of poems.

His writing has been featured in “The New Yorker,” “The American Poetry Review,” “The Guardian” and “Boston Review.” Smith has presented two TED talks, “The Danger of Silence” and “How to Raise a Black Son in America.”

Smith discussed his writing style and inspiration and what he hopes students at WKU will gain from hearing him speak.

Q: What do you hope students will gain from your speech at WKU?

Smith: I hope students will come in and be open to having their presumptions and preconceived notions about race and American history challenged, and I hope that they will begin to critically interrogate the world around them and hopefully better understand how the world and specifically how inequality has come to exist as it has as a result of different decisions that have been made that make certain communities look one way and certain communities look another way.

Q: What got you interested in writing about black history and black culture, and when did you start writing?

Smith: I’ve been writing seriously since about 2008. I came in originally as a spoken word poet and then I sort of began writing across mediums and across genres since then and sort of recently have been contributing to places like “The New Yorker.” My first book came out in September. I write because I hope to tell the truth, I hope to be honest, and make people whose experiences are similar to mine feel seen, and for those who might have a differing experience, maybe illuminate some things that they may have otherwise not considered.

Q: What poets have influenced your writing style and themes?

Q: How would you describe your writing style and content?

Smith: It’s certainly narrative. I like to tell stories, and I like to tell stories both historical and contemporary and try to put those stories in conversation with one another. I don’t really believe in the idea of writing a poem that no one can understand. It’s been up to me to write poems that reflect the real lives of people that I know and see every day.

Q: What do you hope readers will gain from reading your writing?

Smith: I think when a writer puts a book out into the world or puts art out into the world and writing out into the world, it’s not really in their control how people respond to it, so all I can do is try to be as truthful as I can as a writer and try to write the type of book that I think needs to be written for me. You really can’t control what other   people think, so you hope that it’s received well but you have to prepare for it not to be. Lots of people, I imagine, received the book in different ways, and that’s really out of my hands.

Q: How has your personal history shaped what you write about?

Smith: I think it is inexplicably linked. It is foundational to how I see the world, and everything about the people that I’ve met and the way I was raised and the places I’ve lived and the friends that I have inevitably shape my worldview and thus shape the art that I create, so they are inexplicably linked in every single sense of the word.

Q: Why do you feel it is important for readers and students to learn about Black history and culture?

Smith: Because I think in this country we fundamentally misunderstand the nature of what has happened to black people, and the way that we condition the black community has come to exist as they are because we misunderstand them, because we ignore it. We attribute that often to cultural pathology that simply aren’t true, black stereotypes that reflect fears that people have, rather than historical and empirical evidence we know to be true.

Q: How does your experience writing poetry and giving speeches affect your teaching style?

Smith: I think any time you go give a lecture or speech or present work and then you have conversations with the listeners and the readers at the end, it’s a learning experience for me as well, and it shapes how I understand my work and think about my work, so I think the process of writing and teaching and reading and listening are all fundamentally tied together, and I can’t imagine doing one without doing the rest of them as well.