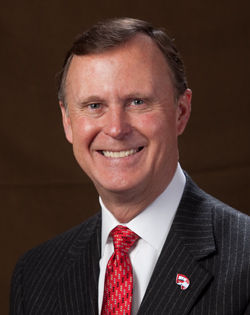 “The timeline is important because it allows me to stay with my plans for 2017,” Ransdell said in the email. “The important message to our campus community is that I am very much ‘all in’ as the WKU President until June 30. There will be no distractions, or any reason to divide my attention.”

Semester at Sea is a study abroad program operated by the nonprofit Institute for Shipboard Education taking students around the world on a ship, visiting countries in Asia, Africa, Europe and North America, according to its website.

In his email, Ransdell said he is not ready to fully retire and would like to have the opportunity to “write one more chapter” in his higher education career.

“This opportunity will allow me to remain fully engaged with students and faculty from some of America’s leading colleges and universities,” Ransdell said in his issued statement regarding the selection. “It also brings my passion for global learning into full focus.”

The Herald will have more information as this story develops.