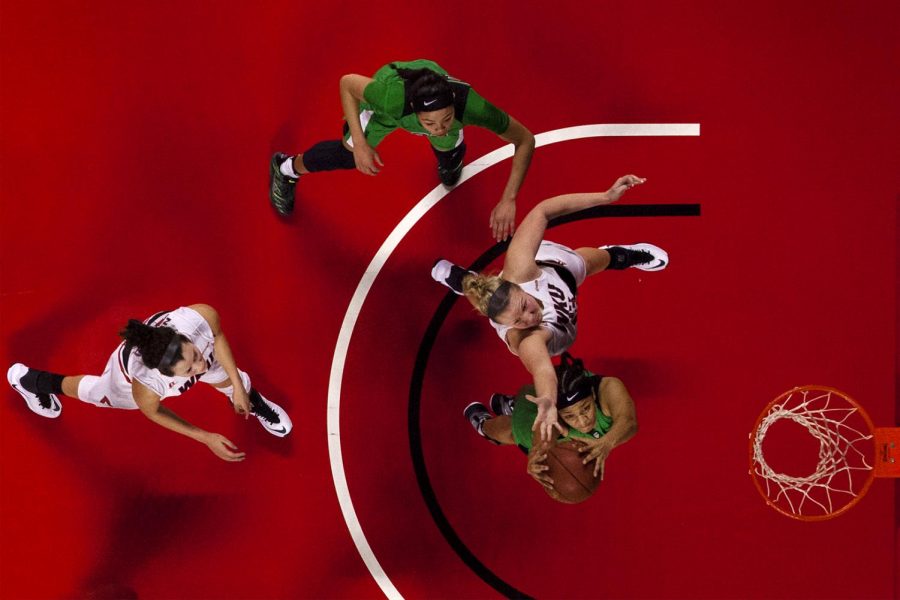 The WKU women’s basketball team is playing nearly perfect basketball in the middle of conference play.

The Lady Toppers (14-5 overall, 6-1 Conference USA) have won four straight games, including nine out of their last 10, and recently closed out their longest homestand of league play, which included three contests.

On Saturday afternoon, WKU welcomed a Marshall club into Diddle Arena looking to get revenge on the Thundering Herd, who upset WKU in the C-USA tournament quarterfinals last March with a 66-63 win. The Lady Tops were able to do exact that revenge, defeating the club from Huntington, West Virginia, 73-57.

“You know, it’s always in the back of your head, but it’s just another game and another chance to put us in a good opportunity for the conference standings and another opportunity for ourselves to get better,” junior forward Ivy Brown said on Saturday regarding  the loss to Marshall last season. “A lot of people stepped up today and we need that every single day.”

WKU forced 17 turnovers and made the Herd (11-6 overall) fall to under .500 percent in conference play, as the team now sits at 3-4 in the league – one that WKU Head Coach Michelle Clark-Heard calls “tough.”

“I think every game in the conference is a big win,” the fourth-year head coach said after her team’s victory Saturday. “Just because they’re hard to come by and this is a tough conference. At the end of the day, what we want to make sure we’re doing is protecting our home court.”

One thing the Lady Tops have not done much of this season is lose on John Oldham Court. WKU is 10-1 inside Diddle Arena so far in 2016-17 and has won nine straight games, as it last suffered a home defeat on Nov. 16 in a 71-68 setback to Texas Arlington. At the time, that loss may have been bad for their resume, but the Lady Tops bounced back and upset the then No. 23 ranked Indiana three days later in Diddle, which has been the biggest home victory of the season.

After being in Bowling Green for nearly two weeks , WKU will hit the road for its trip to the Lonestar State, where it’ll face Texas El Paso on Thursday night at 8:05 p.m. in the Don Haskins Center.

UTEP is a group that currently sits in 11th out of 14 teams in the C-USA standings with just two conference wins under its belt.

The Miners (5-13 overall, 2-4 C-USA) return home on Thursday after dropping a 97-76 decision to their rival Texas San Antonio on Saturday. It was a game in which UTEP shot 46 percent from the floor (28-61) and netted a season-high eight three-pointers, but a combined 58 points from a pair of Roadrunners allowed the home club to topple UTEP.

UTEP is led by senior guard Sparkle Taylor, who leads the team in scoring with 16.4 points per game. Along with contributing points wise, the experienced floor leader is also the squad’s second-leading rebounder with 6.4 boards per night.

“Yeah – that’s gonna be the tough part,” redshirt senior guard Kendall Noble said when asked how the team can carry its momentum away from home. “This is gonna be a tough road swing in Texas,  but the coaches are gonna prepare us and I think we’ll be ready.”

Noble carries the Lady Tops with 14.9 points per outing while also averaging 6.5 rebounds and 4.7 assists. The Hazard native and defending C-USA Player of the Year is currently the only Division I player in the nation averaging at least 14.5 points, 6.5 rebounds, 4.5 assists and 2.5 steals per game for the season.