Hilltoppers return to Diddle to take on UTEP 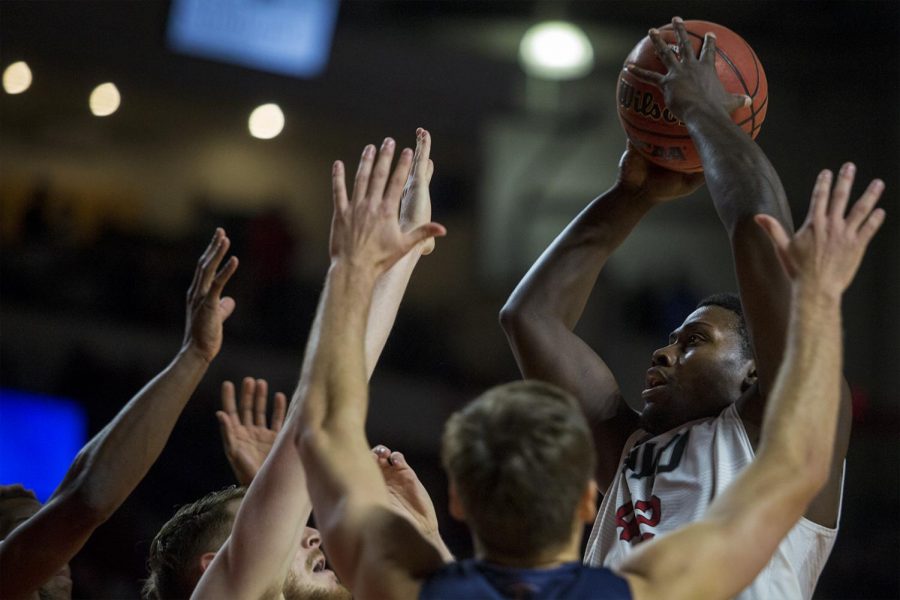 Head Coach Rick Stansbury and his squad are back in action Thursday evening as they take on the Miners of the University of Texas El Paso.

“They’re coming in on a three game winning streak after they dropped a bunch of games,” Stansbury said. “I watched them on film. They seem to be getting a good rhythm and chemistry in what they’re trying to do.”

The Hilltoppers are on a four-game losing streak after facing off against the top-tier competition in Conference USA.

Middle Tennessee State University, the University of Alabama Birmingham and Marshall University took down the Tops to bring them to a 9-11 record overall with a 3-4 record in conference play.

“Everybody in the conference plays super hard,” senior guard Que Johnson said. “That’s one thing that I love about this conference. They play hard, the coaches are great. I definitely compliment the Middle Tennessee coach [Kermit Davis]. They have a great coach. He worked those guys.”

The Miners are having a down year themselves, as Tim Floyd’s team sits at the bottom of the C-USA standings with a 5-13 record on the year.

“There’s no question that in their last three games they’ve had a good rhythm and chemistry to what they’re trying to do. They were much better in their last few games than they were in those earlier games for sure.”

Despite UTEP’s struggles thus far, Stansbury said he is not taking this game lightly.

“They have two guards that can really play, you know [Dominic] Artis and Omega [Harris], guys that can really score that basketball,” Stansbury said. “Omega can shoot it and Artis is really good off that bounce.”

For the Toppers, leading scorers Que Johnson, Pancake Thomas and Justin Johnson will be expected to continue carrying the Tops, especially now the roster is down to only 10 active players.

“Even when everyone else was here, everybody worked hard,” Que Johnson said. “Especially on the court, they all played hard, but now there’s an extra focus on the five or six guys to make an impact on the game.”

“[Williams] is a big young man, you know seven foot whatever he is, big body,” Stansbury said. “Scores with that right shoulder and left hand. He’s big around that hole. We gotta make him move a little bit in transition. He’s probably not the quickest, most athletic post guy we’ve went against but he’s a big strong physical guy around that hole. He’s very effective.”

Artis, a former player at the University of Oregon, does it all for the Miners as he leads the team in rebounds, assists and steals while playing 36 minutes per game.

“Artis is a good shooter, not a great shooter, but he’s really good off that bounce,” Stansbury said. “We gotta keep him out of that paint and limit the amount of times he creates easy plays for everybody else. He gets those post guys easy baskets cause of his ability to get in that lane.”

The Tops’ game against UTEP is their first home game since a Jan. 7 loss to Old Dominion. Seven of WKU’s final 11 games will be inside Diddle Arena.

“It’s an advantage for us just to have some home games,” Stansbury said. “Any home game is important. In our situation they’re all important … no easy games, home or away. All of these games are important for us. They all count the same. They all count as one win or one loss. But when you’re at home you have to find ways to win your home games.”