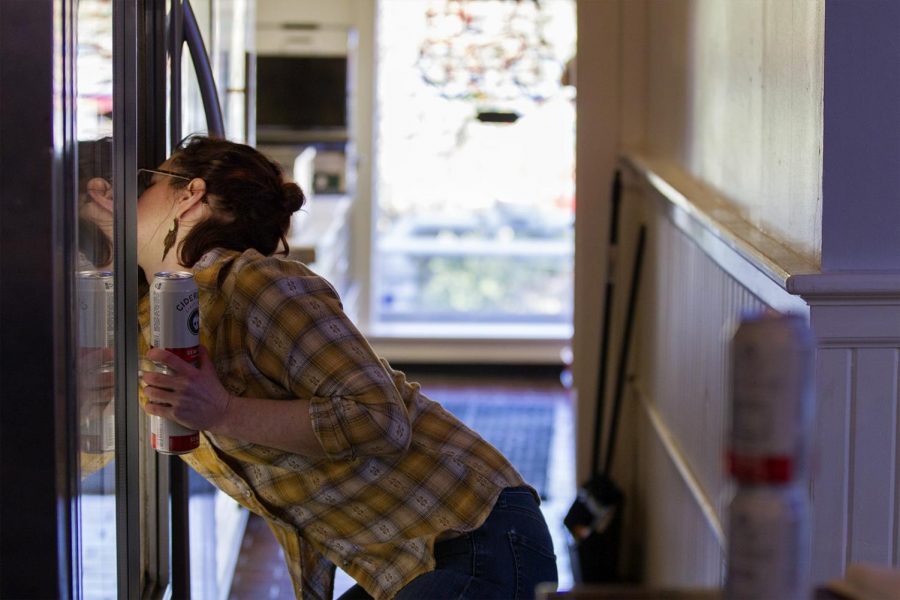 A new restaurant in Fountain Square Park  hopes to facilitate a cultured environment with a traveling theme.

Located at 422 E Main Ave in an alley along the Square, Roam Sandwich Company targets a lunch-going audience. The menu features grab-and-go items and an array of sandwiches made in-house by head chef Krista Delaney. The menu has traditional sandwich items like the grilled cheese, BLT and club. However there is usually a unique aspect to the dish.

This is Delaney’s first experience in the restaurant business after working as a farmer and bartender.

“All of the food is made daily and sliced daily,” Delaney said.

Due to a smaller space, food is delivered multiple times daily, Delaney said.

“It’s all real food,  and all the condiments are house made,” she said.

The idea for a traveling theme came from owner and 2008 graduate of WKU, Calvin Wiley. The entire front of the store has encyclopedias and books about traveling, some of which were donated by WKU professors, Wiley said.

A map also hangs on a wall in the dining area. Guests of the restaurant can place a pin on all of the places they have lived. After being open for two days, pins are already placed all over the map.

Wiley first studied abroad in Costa Rica while attending WKU. This experience is what sparked his love of traveling, he said.

Wiley said he hopes the restaurant has a hostel vibe.

“It can be a place for people to grab a guide, grab a craft beer and learn about travel,” Wiley said.

“It’s like a hostel with good food, not oatmeal,” Delaney said.

Neither Wiley nor Delaney are originally from Bowling Green; both were raised in farming environments, Wiley in Barren County and Delaney in Oldham County.

They were set up by a mutual friend, combining Wiley’s love of travel and Delaney’s background in food.

“We didn’t know each other,  but we thought it was a cool place,” Wiley said.

They chose to return to Bowling Green because of the rising culture according to Wiley.

“Bowling Green is starting to have a renaissance,” Wiley said. The Gallery Hop and different community houses especially attracted Wiley and Delaney.

The duo is working on launching their website and making the city more aware of the opening. Through the website, they hope to do online delivery and travel around the square on bikes, Delaney said.

They also want to become closer to the local community by participating in the Gallery Hop.

“We want to be a part of the hip resurgence in Bowling Green,” Wiley said.

Wiley is also hoping to be travel friendly by setting up a bike rack and a chalk board with events for mountain bike riding and climbing.

After the soft opening party with family and friends, the pair is optimistic about the restaurant’s opening.