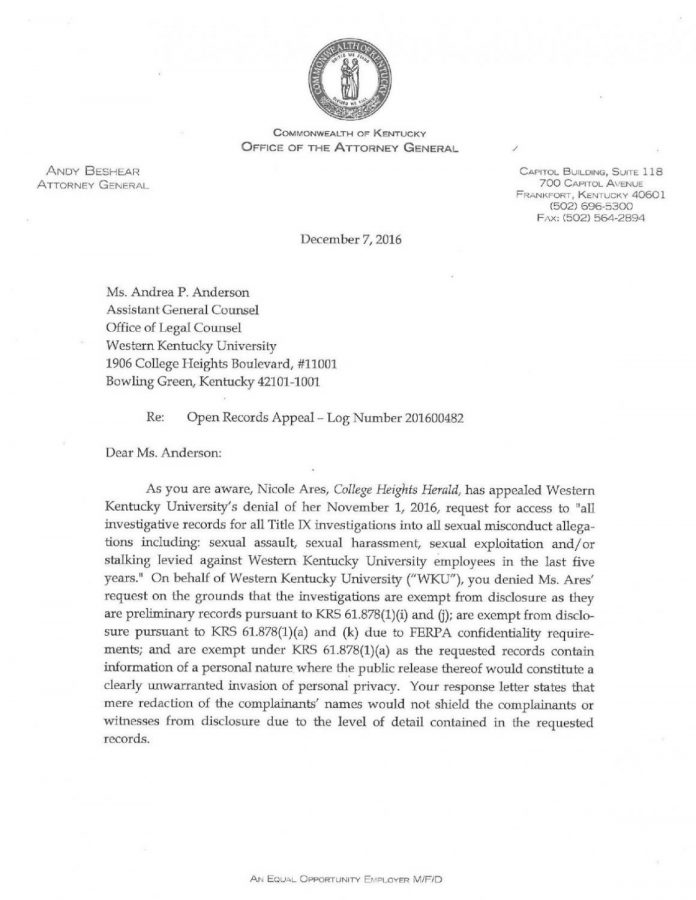 The Kentucky Office of the Attorney General has requested additional time and documentation to supplement the Herald’s open records request appeal.

In a letter to the Herald and Andrea Anderson, WKU assistant general counsel, the Office of the Attorney General wrote, “Due to the need to obtain additional documentation or a copy of the records involved, the deadline for a decision in the above-styled open records appeal will be extended an additional 30 work days.”

This decision came after the Herald filed an records request of WKU faculty and staff sexual misconduct records. The Herald filed a similar request to eight Kentucky public universities.

These records include documents of six university employee resignations since 2013 after the results of Title IX investigations found violations of university policy, according to Anderson.

Kentucky Kernel reporter Matthew Smith also filed a similar open records request to WKU, among other Kentucky public universities, and he was also denied by WKU.

The Office of the Attorney General wrote in its letter that it will be reviewing the same records for the Kernel’s and the Herald’s open records requests as they are similar in nature.

The Office of the Attorney General anticipates it will have a decision by Feb. 9, 2017.

The Herald will update this story as more information is made available.