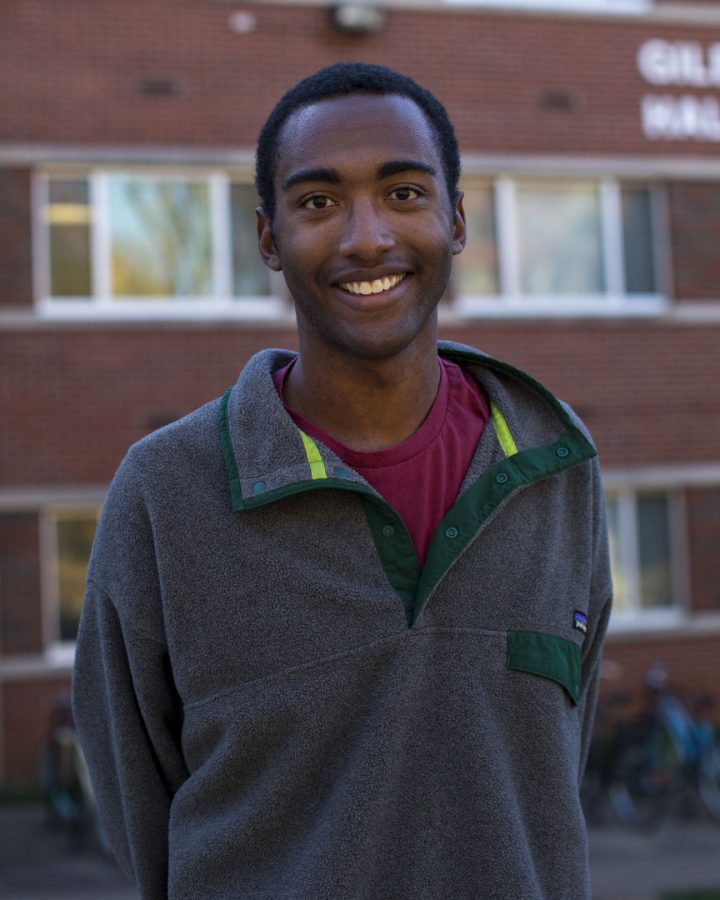 "People wanted to voice their opinion and just get their ideas heard," Brandenburg senior Andre Dowell said. On Wednesday, Following the election of President-elect Donald Trump, students took to the Pearce-Ford Tower courtyard and protested the election. On Friday, inflammatory writings were seen all over campus. Dowell sees the protest and writings as a form of freedom of expression. Michelle Hanks/HERALD

“I wasn’t really in support of either candidate,” Dowell said. “I just knew I had to vote for one, and I agree with more of Hillary’s views than I do with Trump.”

Dowell, a senior from Brandenburg, believed that Clinton’s views on racial and legal issues were more aligned with his own beliefs.

“I just know that Hillary is for more equality than Trump is,” he said.

Dowell said that he supports the recent protests on campus following the election, including the chalk drawings for and against Trump and the demonstration in front of Pearce-Ford Tower on Wednesday.

While he knows that not everyone is happy with the results of the election, Dowell said he believes we can all learn from the protests.

“Honestly, I think it makes us well-rounded,” he said. “It makes us open our eyes to new ideas. Yes, [the outcome] might not be what you wanted it to be, but you’re able to see what’s going on and how you’re able to make a change for tomorrow.”