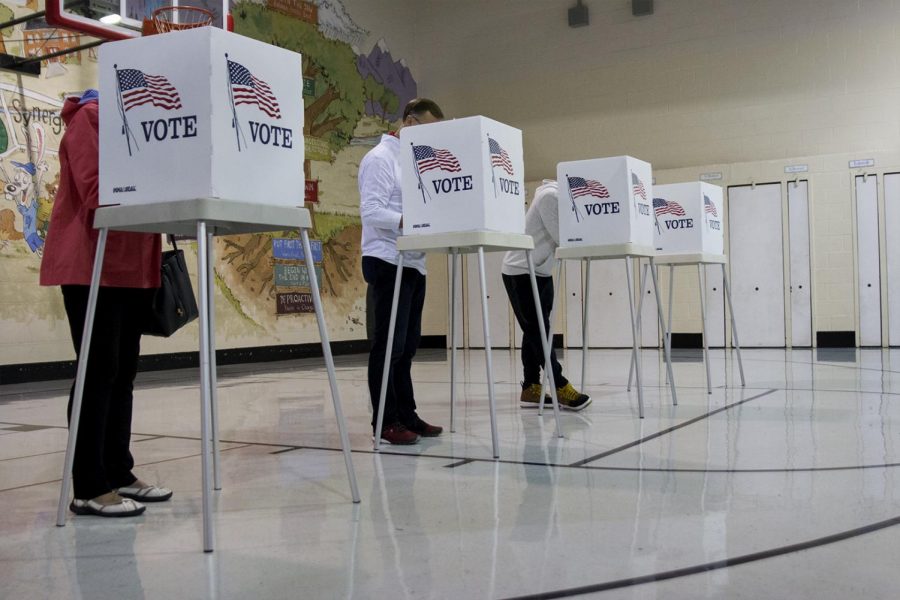 President Gary Ransdell and his wife Julie Ransdell cast their votes on Tuesday, Nov. 8, 2016, at the Big Red precinct. "I love standing in line with mostly students. That's impressive and encouraging," Ransdell said after seeing the student voter turnout this morning.

A little bit of rain didn’t keep President Gary Ransdell and his wife Julie Ransdell away from the polls this morning as they exercised their right to vote.

The Ransdells voted this morning at the Big Red precinct, along with many WKU students.

“I love standing in line with mostly students,” Ransdell said. “That’s impressive and encouraging, and I hope they make a difference in the local, state and national elections — our students and every other collection of students across America, but particularly here.”

Ransdell said he has voted in every local, state and national election since he was old enough to do so. He said since generations of men and women had fought to ensure our nation’s rights, citizens have a responsibility to take advantage of their voting rights.

“That’s why it’s important, and it may be one of the most distinguishing elements of our democracy — the right to vote and to vote your choice,” he said.

Ransdell recalled his most memorable election being even before he could vote: the race between John F. Kennedy and Richard Nixon in 1960. The first election he voted in was soon after, as Nixon ran a second time.

“That was a pretty turbulent time in the late ’60s, early ’70s, when there was a lot of youth speaking their mind across our nation,” Ransdell said.

“Which is always a good thing,” his wife, Julie added with a laugh.

“This one has been a crazy election — a lot of unfortunate dynamics on both sides, and I think that’s put our nation in a uncomfortable position, but a winner will emerge today, and we’ll move forward as a democracy,” Ransdell said.