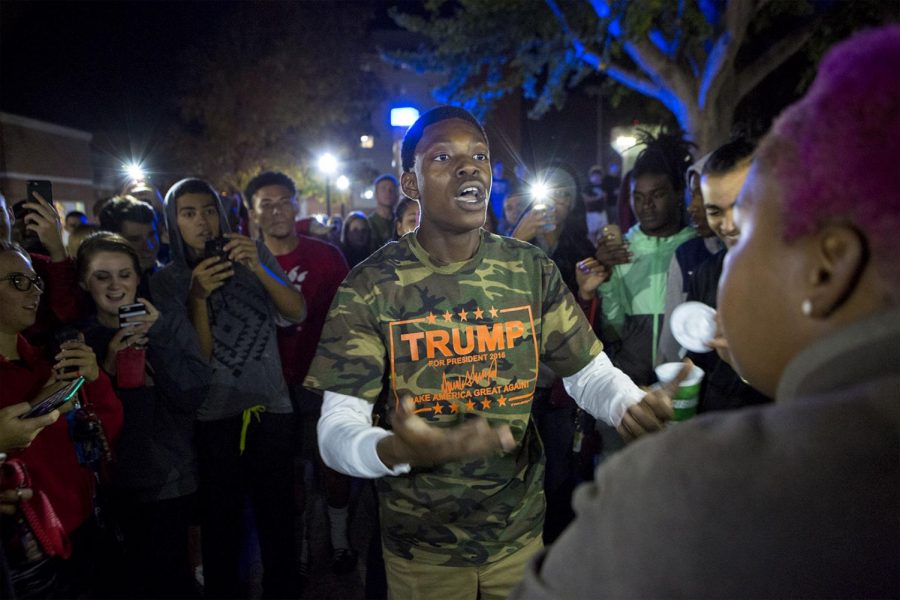 Nate Washington, a former political science major and president of the WKU chapter of College Republicans, argues with KeKe White, 18 during an anti-Trump protest on Nov. 9, 2016, outside of Pearce-Ford Tower. A recording of Washington using derogatory terms while serving as intern to U.S. Sen. Tom Cotton, R-Ark., was posted in an article by Mediaite. Kelsea Hobbs/HERALD