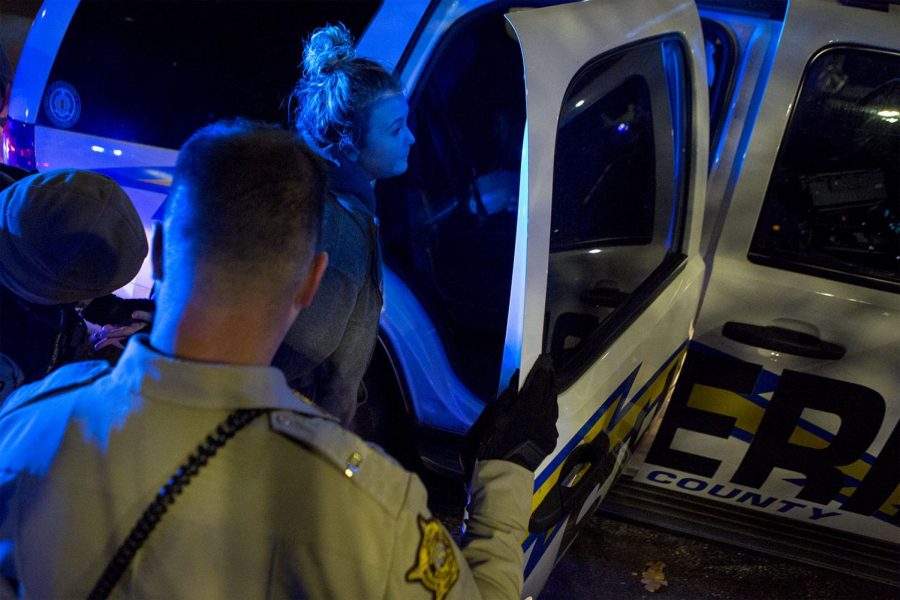 A female protestor is taken into custody during an ant-Trump Protester on Wednesday Nov. 9, 2016 in front of Pearce Ford Tower. The protest grew to a large crowd before police stepped in and ordered the crowd to disperse, four protestors were arrested on the charges with a misdemeanor in disorderly conduct and failure to disperse.