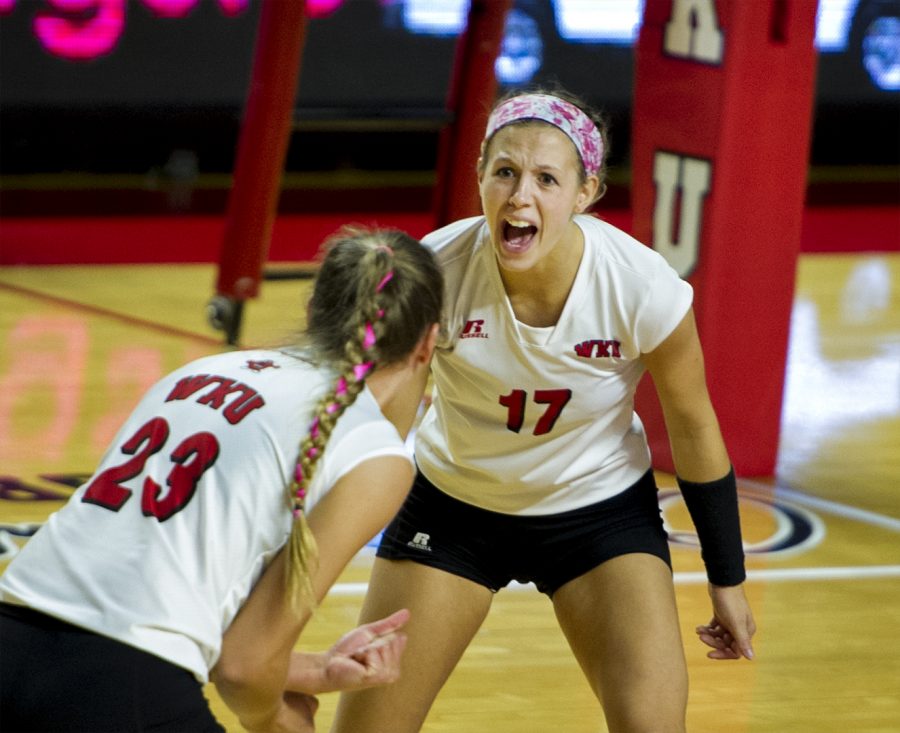 After going 30-2 and 14-0 in conference play, the Lady Topper volleyball team is headed to the NCAA tournament once again. This time the team will face Boise State University (25-6) in Stanford, California.

Hudson said that he believes Boise State resembles much of what the Lady Toppers do well while also complementing on their ability on the court.

“They are physical, very in control, like we are,” Hudson said. “From watching them on film, I think this may be one of the best matchups in the first round. I think if we play well we are going to have a chance to win. This is Boise’s first NCAA appearance and so hopefully we can use our experience.”

The 20th ranked Lady Tops held the 15th spot in the RPI rankings while also boasting a 30-win season and they still came up short on the opportunity to host NCAA tournament matches.

“We wanted to play here [Diddle], we felt like we deserved to play here but I enjoy going on the road with this team, there’s a lot of distractions here,” Hudson said.

Despite not getting the bid to host tournament contests, the Lady Tops have experienced success away from Diddle Arena as they are currently 11-0 on the road. The team feels like they actually get closer while they are on the road.

“This team is just a team of 12 sisters, we always are together on the road, always together as one,” O’Connell said.

“I have never been to California so that will be a new experience and I think one of the best parts about this team is we bond whenever we travel so being able to have that long trip I think will be a good bonding experience for all of us,” junior All-American Alyssa Cavanaugh said.

Cavanaugh sees the team chemistry as one of the qualities in the team that can help them succeed in the tournament.

“Everyone gets along so well together and I really think that clicks on and off the court,” Cavanaugh said.

The Lady Tops have prepared all season to play in the NCAA tournament. Now that the time has come, they are ready for the challenge and the opportunity to play on the big stage.

“You can’t really play thinking that this might be our last game,” Cavanaugh said. “You need to go out and give it your all and try to advance and go as far as you can. That’s what we’re trying to do towards the end of the season. We have nothing to lose going out there [California]. We’ve worked really hard to get to the NCAA so there’s no point in working so hard all season just to go out there and fear what could happen.”

The Lady Tops will get the chance to take on perennial powerhouse Stanford University if they can knock off the Broncos of Boise State.

“Stanford is big, and they’re good,” O’Connell said. “Every team is good, you can’t underestimate any team whether that’s Boise State or Denver. I’m just really excited to go. It’s my last chance, so why not have fun with it. I want a crack at the west coast teams just to prove that we’re up there too.”

Hudson knows that Stanford will be a big challenge for his team, but he sees it as a good opportunity to showcase what Lady Top volleyball is all about and that he and his team will not back down from the size that Stanford possesses.

“Stanford is big, physical and talented, playing well,” Hudson said. “Their physicality is what is hard to match. We’re six foot, six foot, six one. They are six seven, six five, six three and it’s just a different level of physicality and we won’t shy away from it.”

“This time of the year I think you have to convince your kids to go out and be fearless,” Hudson continued. “There’s a lot on the line and there’s no way around that. They all know there’s no tomorrow. We just need to go out and be who we are, be the best version of ourselves. If we leave it all on the court whenever this thing ends I think we can all live with it.”