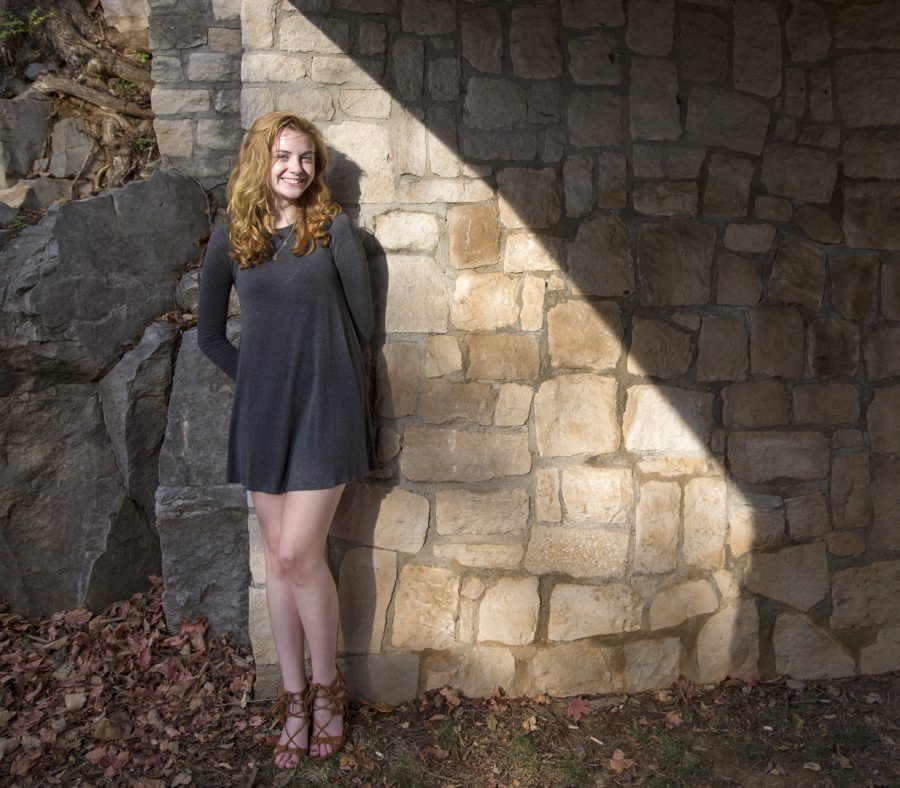 Sophomore Emma Margavio of Bartlett, Tenn. is a Nursing major who will be wearing a grey dress for all of November as part of the One Grey Dress Project to raise awareness of human trafficking. "Wearing the same dress and seeing people's reactions will be interesting," she said. Tyger Williams/HERALD

The leaves are quickly changing, but the clothing of some students throughout the month of November on WKU’s campus will remain the same in honor of the One Grey Dress Project.

One student taking on the challenge is sophomore Emma Margavio.

“It’s meant to be one dress, 30 days, for the girls,” Margavio said. The dress symbolizes the lack of freedom and choice faced by those enslaved in human trafficking.

Human trafficking is a universal problem, not just in developing nations, and it’s all throughout the U.S., Margavio said.

Margavio said she is excited to do something bigger than herself. She hopes many will stand beside her and participate in raising awareness. She also hopes to participate in another One Grey Dress Project month in the spring with more involvement from the WKU community.

She said she will also be using the project as a psychological experiment for how it feels to wear and be seen in the same dress for 30 days.

“I don’t want people to just wonder, ‘why is that girl wearing the same grey dress that she wore Monday, and also last week?’ But I want people to ask me so I can tell them why,” she said.

Brandewie, a graduate student, said she heard about the One Grey Dress Project from a campus group during her undergraduate studies at Bowling Green State University.

“From observing them I learned how important it is to stand, even when standing in solidarity, for those who don’t have a choice,” Brandewie said.

Brandewie said it has been encouraging to see Margavio’s excitement to get involved with the project.

Sophomore Marlee Barrett, vice president of WKU’s chapter of International Justice Mission said as a college student in Kentucky, it can be difficult to imagine having an impact on an issue like human trafficking.

“Human trafficking is the use of force threats, or violence to get a person to do something against his or her will,” Barrett said. “This can include prostitution, sexual exploitation, forced labor or servanthood. This can also take place in the form of actions like property grabbing. We forget just how large the issue is.”

Barrett said it’s important to focus on everyday steps on how we can practically approach trafficking and modern day slavery as a whole by educating ourselves on what companies use slave labor to produce their products when we make purchases.

“It is important that we put these men, women and children before ourselves in this situation,” Barrett said. “They have been cast aside and oppressed. We have the option, as college students and consumers, to put them first by not supporting companies that exploit them.”