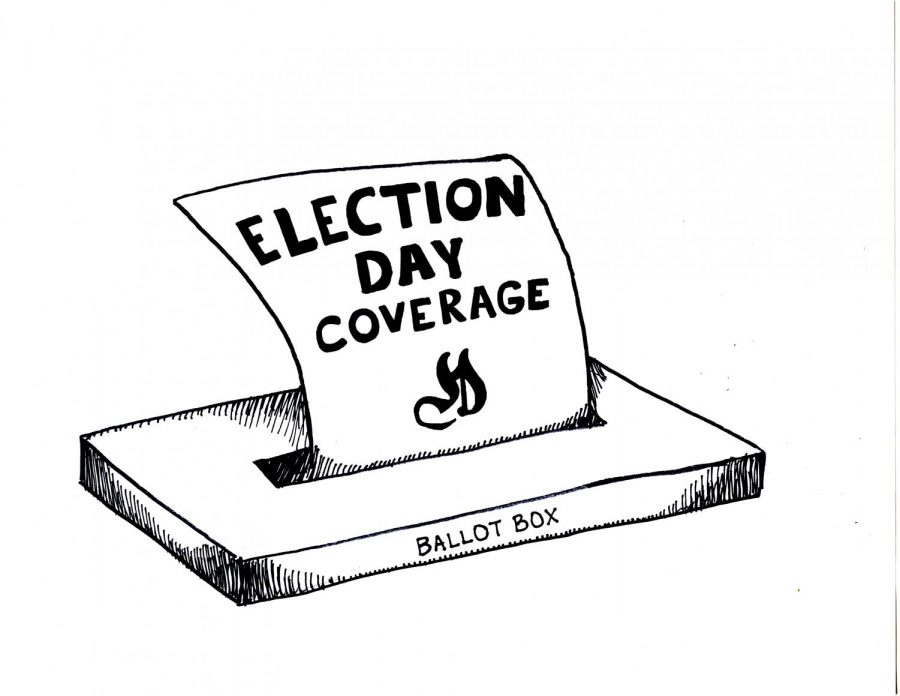 The question that has been on all of our minds this election season isn’t about tax returns, emails or even whether basic human decency still exists. No, we’ve all been wondering, “Can I just have a drink and wait this thing out?”

Driving down to the liquor store and preparing yourself for the oncoming storm of electoral college votes is to be expected of the American voter. We have, after all, been through a lot. But this gets into an interesting bit of history about the state of Kentucky.

Just three years ago in March 2013, the Kentucky General Assembly passed a bill to allow alcohol sales on Election Day, according to the Lexington Herald-Leader. Prior to this, alcohol sales were prohibited while polls were open from 6 a.m. to 6 p.m.

Kentucky had been one of the states that didn’t allow the sale of alcohol on Election Day, another being South Carolina. One year later The Palmetto State allowed the booze of democracy to flow free.

Similar bans were lifted from 2008 to 2013 in Delaware, Idaho, Indiana, Utah and West Virginia.

So what was the deal? Why would our beautiful Commonwealth not permit us to go the polls blackout drunk and cast a ballot? Well, you can trace the answer back to an unusual tradition in Kentucky – buying votes with alcohol.

According to WFPL, this issue dates back to the Antebellum period. It wasn’t unusual during this time for saloons to double as polling places.

“And of course one way to do that was to keep the voters liquored up and basically seduce them or bribe them with drinks, free drinks, and it could actually skew the results of the election,” Jim Holmberg with the Filson Historical Society of Louisville told WFPL in a 2013 interview.

Buying votes for magistrates with margaritas is not limited to Kentucky, either. The National Constitution Center blog, Constitution Daily, calls booze an American tradition on Election Day.

For example, our first president George Washington was known to get the voters what they wanted as Daniel Okrent writes in his book “Last Call: The Rise and Fall of Prohibition.”

“When twenty-four-year-old George Washington first ran for a seat in the Virginia House of Burgesses, he attributed his defeat to his failure to provide enough alcohol for the voters. When he tried again two years later, Washington floated into office partly on the 144 gallons of rum, punch, hard cider and beer his election agent handed out—roughly half a gallon for every vote he received.”

Before Prohibition, candidates and their supporters made sure everyone was seeing stars and stripes before going to their polling places just as a way to turn out people to vote.

In some cases, candidates held large parities as people came into town to vote. One such infamous Election Day party was in Kentucky attended by two local families: the Hatfields and McCoys.

“On that fateful Election Day revelry in 1882, Ellison Hatfield, the brother of “Devil” Anse Hatfield, was stabbed 26 times by three McCoys and then shot for good measure. The event greatly escalated the Hatfield-McCoy feud. Shortly after Ellison Hatfield died, three McCoys were killed in retaliation,” Constitution Daily writes.

Ah, politics are truly “the damnedest in Kentucky,” as Judge James Mulligan wrote in 1902.

However, while alcohol sales are permitted by state law, there are some county and city ordinances in Kentucky which still prohibit sales.

Join me in a moment of silence for those cities such as Glasgow, Pineville, Carrollton and my hometown of Olive Hill as well as Bourbon County, Carroll County and Floyd County and others which have been deprived of a trusted comfort for today.

Go out and go vote, Kentucky. And if you’re lucky enough to still be able to drink today, take a shot for some of your fellow Kentuckians out there who, while still able to cast a ballot, have been deprived of casting a check down at the liquor barn.