The six kinds of alumni at Homecoming 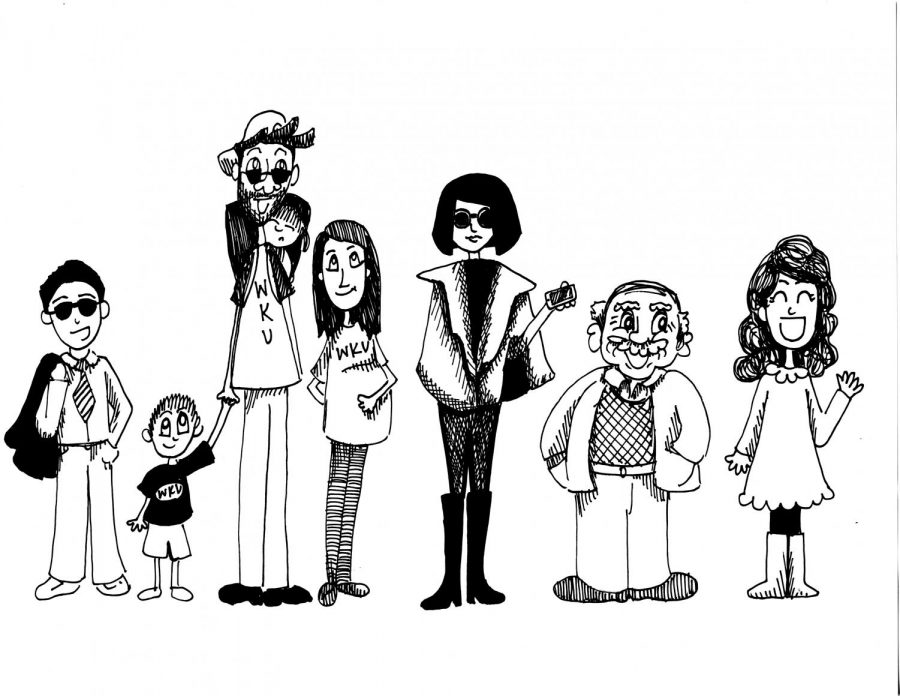 There’s nothing that gets people more excited at WKU than Homecoming; except for possibly several other things such as a box of puppies or for the presidential election to finally be over.

Regardless, Homecoming gives us all a chance to participate in time- honored Homecoming festivities such as the parade, Big Red’s Roar and of course the Homecoming Chili and Cheese Luncheon and Pep Rally. Who can say they’ve done Homecoming right without that chili and cheese luncheon?

At its core, Homecoming is about having our cherished alumni come back to campus and see how things have changed for both the better and the not-so-great.

These alums can give us all a glimpse into what the future may hold for us once we too graduate from WKU. Keeping this in mind, here are the six types of alumni you may see this Homecoming.

Larry is still kind of stuck in the past and continues to try and dress like all the modern and cool frat dudes. He’s stuck in the rut of his college mentality and has come to the past five Homecoming celebrations without a date. He compensates by spending a little too much time at the bar in the Augenstein Alumni Center. Larry doesn’t need your pity as much as he needs someone to pick up his tab.

Betty is probably comparable to that girl in your 300-level economics class that has her life together for the most part, or at least as much as someone can have their life together. Betty is the wealthy corporate executive who excelled in college. She’s at her first Homecoming since she graduated in 1999 because this isn’t her style. She only came to flaunt herself and remember when life was simpler.

Stan is back at it again, and he’s brought the whole crew in his 2012 Subaru Forester that he had to compromise on with his wife. His wife and three children are all decked out in WKU apparel from head to toe. You think Stan’s wife is also wearing WKU nail polish that has tiny red towels adorning her cuticles. You look closer, and yep, she is. Stan will try to share a cold one with Lone Wolf Larry, but his screaming children will bring him very quickly back to reality.

You’re kind of sure Lacey graduated, but now she’s got you second guessing. Did she graduate in 1987 like you first thought? Where have you seen her before? Time is confusing and doesn’t actually exist so why worry about it?

Rich is the improved version of Stan. Rich is what Stan could have been had Stan lived up to his full potential. Rich has had at least three marriages. You’re pretty sure he didn’t show up to the game with his current wife, but you’re not going to be the one to ask. With no kids and his armada of yachts, Rich will be living up Homecoming in style. You can spot him wearing a sweater vest with a gold encrusted WKU ring on his pinky finger.

Stacey’s kids introduced her to the world of selfies a few years ago, and she has been going full throttle ever since. With the selfie stick she treated herself to as a splurge purchase in the mall one day, Stacey is ready to take on this Homecoming and capture the ever-fleeting moments of her youth. Stacey will be sure to get selfies with every notable WKU feature only stopping short of snapping a picture of the statue in Centennial Mall. She’ll later tag everyone on Facebook.

Keep your eyes peeled this Homecoming for this close to definitive list of alumni you may meet. Remember, they’re just like we were at some point in our lives, except they likely paid less tuition.