Confucius Institute open, but not to public 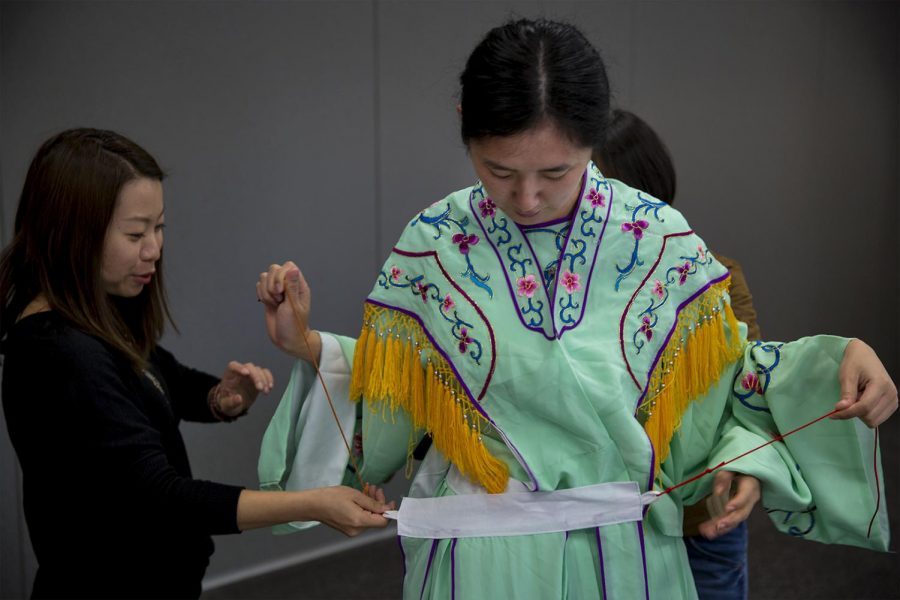 The Confucius Institute hosted an event in its new building on Friday, despite the building not yet being open to the public.

The building, which is located adjacent to the Honors College and International Center, was originally scheduled to be open this fall semester. However, Terrill Martin, managing director of the Confucius Institute, said the new building will not be open until next spring semester.

“The building itself is not open to the public,” Martin said. “We are having some events there, but they’re very limited events.”

Staff members have already moved into their offices in the new building, and they are now working in those new offices. All that remains is to move the furniture into the building.

“We’re having furniture made in China, and all that’s due in mid to late January,” Martin said. “So we’re planning sometime in February to be ready.”

“Basically, our arrangement with the library has ended, so we’ve had to find other alternative places to host our events because some of our events were held in Helm 100,” Martin said.

Overall, Martin said he is happy with the new building; however, he does wish it was slightly larger.

“Based on the funds we received, I’m happy with what we were able to work out,” Martin said.

Qin Zhang, a Chinese language and culture teacher who works in the Confucius Institute, also said he is enjoying the new building.

“I think it is a really very good design,” Zhang said. “The building seems it is not very big from the outside, but inside it’s very big and modern.”

Zhang, who was previously a tutor for the Chinese Language Flagship Program, said the building has multiple classrooms that will be used for Chinese classes. He said there is also a demonstration kitchen.

Martin said these classrooms will eventually be available to be used by WKU faculty, staff and students.

“These days we are adding curriculum [and] teaching plans for students at different levels of Chinese,” Zhang said.

The Confucius Institute also works with communities in other counties in Kentucky to spread Chinese language and culture. Zhang said the institute works to bring teachers from China to the United States to teach in schools.

Zhang said the new building is one of the only buildings in the U.S. dedicated solely to the Confucius Institute. He said the institute on WKU’s campus is also one of the largest in North America.

“It’s a model one for all of America to see,” Zhang said.

The event on Friday, which included information on Peking Opera, was the first event to be hosted in the new building. Those who attended were able to listen to a presentation on the opera masks and then decorate their own plastic masks with markers.