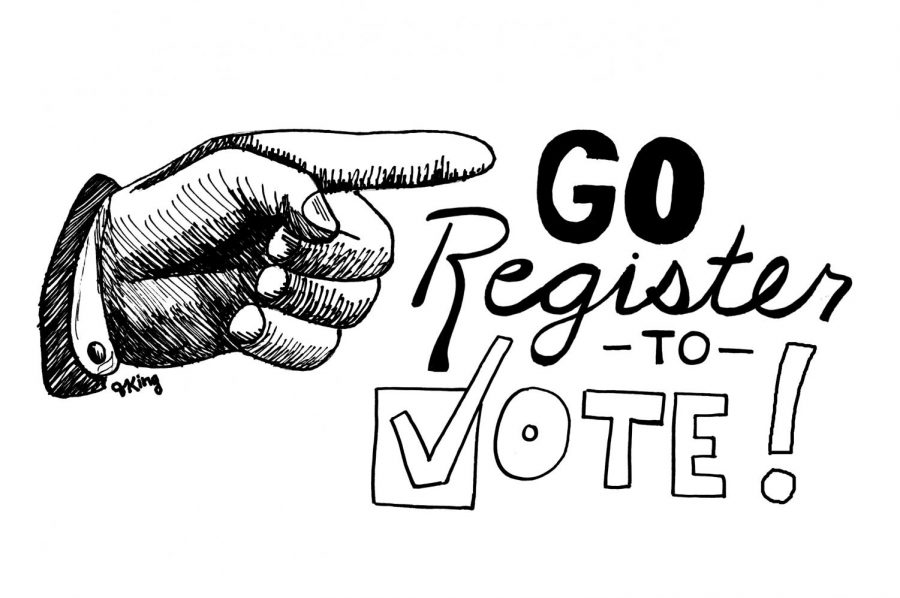 The Issue: The deadline for voter registration in Kentucky is Tuesday, Oct. 11.

Our Stance: Voter registration is a simple, straightforward and painless process that takes only a few minutes. It can be tempting to not vote at all this election, but not registering and not voting overlooks important local elections, not just federal ones. Your vote does count on the federal and state level, but locally it’s even more vital.

To no one’s surprise, the election is coming and it’s coming fast. This can be both a sigh of relief and produce a feeling of panic if you’re still on the fence about who you want to vote for.

In the midst of all this political hoopla, we have to remember one key principle that’s crucial for all of us to participate in the enshrined democratic process of voting.

That one thing is actually registering to vote.

The deadline for voter registration in the Commonwealth is Tuesday, Oct. 11, which is a week away from today’s print publication of Tuesday, Oct. 4.

Now that Kentucky has the option of online voter registration, largely in part because of the effort of Kentucky Secretary of State Alison Lundergan-Grimes, registering to vote is now easier than ever.

If for some reason you’re not into registering to vote online, you can do it the old fashioned way and run down to your county clerk’s office to fill out a voter registration card.

You could even get in touch with groups like Kentuckians for the Commonwealth and not only get yourself registered to vote, but also help others register as well.

If you’re already registered to vote make sure you know where you’re eligible to vote.

If you’re planning on voting here in Bowling Green, make sure you’re registered to vote here and not back home. You can check your status for that online and change it as need be or get an absentee ballot from your County Clerk’s office while back home for fall break, for example.

Be warned though, absentee voting can be confusing.

Let’s be honest, in this election it doesn’t all come down to whether or not people are registered to vote, but if people will actually vote. Not that registration isn’t, of course, equally important.

We understand some people feeling his or her vote might not matter in federal elections considering how Kentucky often plays out.

Yes, it can feel like the election has already been decided for us, and we have little say in what actually happens. It’s a shame people would feel this way and largely be discouraged from registering to vote or voting at all.

But also consider the impact voting has on a local level. Here in Bowling Green, we’re electing four people to city commission, a mayor, school boards and other offices.

What may be of importance in particular for WKU students are the races for city commission. Several candidates running for City Commission have expressed support for the Universal Residential Landlord and Tenant Act.

URLTA is designed to help improve relationships between tenants and landlords by more explicitly defining the rights of both parties. Most susceptible to unfair housing practices that URLTA would help correct are students, immigrants and the working poor.

There have also been candidates who have expressed support for a Fairness Ordinance in Bowling Green, which would make it illegal to discriminate against people based on their sexual orientation or gender identity.

The passage of URLTA and the Fairness Ordinance in Bowling Green are local issues that have been ongoing for several years, but this year we have the opportunity to enact change on a local level if we put our minds to it.

But the only way we can do that is voting, and that means registering.