Nonprofit to help children in need of service dogs 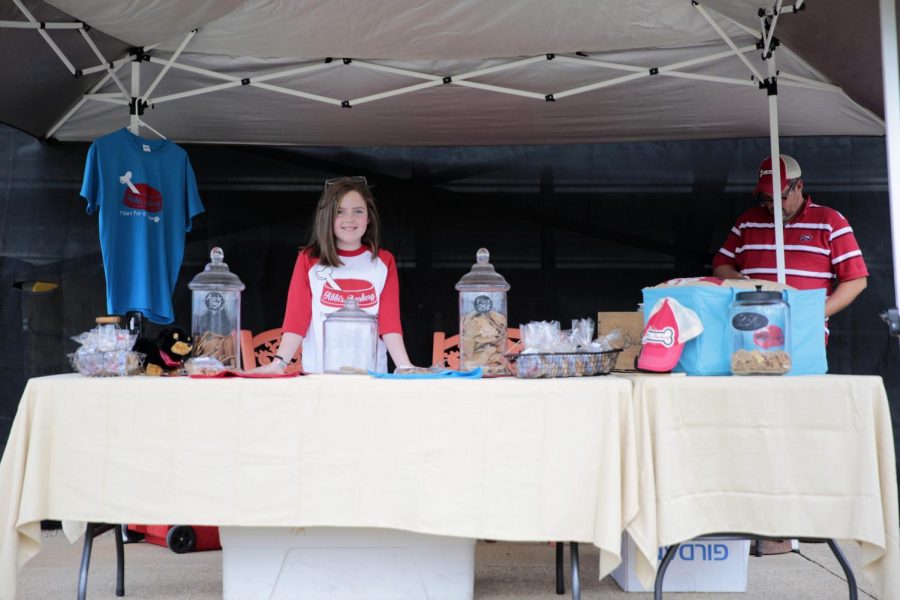 Abbi Broadway of Abbi's Barkery sells dog treats at the WKU Bark in the Park on Sunday, Oct. 16, to raise money to purchase a Seizure Response Dog. Broadway was diagnosed with epilepsy a year and a half ago and has recently put down a deposit on a German Shepherd service dog which she will go meet in the upcoming few days. Abbi's Barkery is a nonprofit started by Broadway and her family to help others in need of service dogs, their Barkery will open on Tuesday, Nov. 1, in Franklin, and it will have its official Grand Opening on Saturday, Nov 19. Lex Selig/HERALD

About a year and a half ago, 9-year-old Abbi Broadway’s life changed when she had her first seizure. She had been playing with a friend after school while her mother, a teacher, was working late. Her friend ended up leaving, and Abbi Broadway was in the workroom by herself, where her mother found her unconscious.

“It was scary,” Abbi Broadway’s mom, Robin Broadway, said. “You feel like [she’s] dying every time it happens. There’s no other way to describe it.”

It was a struggle learning how to handle Abbi Broadway’s diagnosis of epilepsy, her mom said.

“She said it doesn’t really bother her much to have it,” Robin Broadway said. “So, that, I’m thankful for. We really try to involve her in a lot and make sure she’s happy.”

While learning about how to treat and deal with Abbi Broadway’s diagnosis, she and her family learned about the possibility of getting a service dog that could warn her if she was about to have a seizure. They started by looking into organizations, usually out of state, who offered fully-trained epilepsy service dogs. However, the price rested at around $20,000, and the waiting list was two years.

Robin Broadway said she started praying for something her daughter could be involved with. She remembered a pet service business plan Abbi Broadway wrote when she was 4. Then, one day last year, the two were at Ollie’s in the book section, where they found a dog treat cookbook.

“We bought it and started playing with some recipes, and then a thought just hit me,” Robin Broadway said. “We’ll just make these and sell them at the farmer’s market. So we bought a booth, and started doing that April 28.”

Abbi Broadway started saving the money from her new business to put toward buying and training a service dog. Buying an untrained puppy would drop the $20,000 price to an initial $3,000.

Robin Broadway said everything fell into place throughout their research and planning. After months of saving, Abbi Broadway will finally get her puppy in November. An epilepsy dog trainer from Franklin, where the Broadways live, found Abbi Broadway through the woman with a booth next to theirs at the farmer’s market.

“We were just floored,” Robin Broadway said. “It all comes back to when originally I just felt we didn’t need to go out of state. We could do all this locally.”

In two weeks, Abbi Broadway will meet a litter of German Shepherds for the first time to find a puppy to start her training with. A trainer who also has epilepsy agreed to come down from Chicago to assess the litter and find out which puppies meet the criteria needed from a service dog.

“If I’m about to have a seizure, it’ll start barking before I have one,” Abbi Broadway said. It will also know how to secure her in a safe place so she doesn’t get hurt during the seizure, her mother added.

“What’s really cool is that Abigail [Broadway] will get to compete in dog sports as they train,” Robin Broadway said. “It’s going to open up a whole new world for her. It will not just be a service dog, but a companion.”

The unknown was scary, Robin Broadway said, explaining that they never knew when their daughter would have her next seizure. The dog will change that, and give Abbi Broadway and her family peace of mind knowing she’ll be safe.

Abbi Broadway said she’s very excited to get her dog, who she’ll be able to take with her everywhere. She already has decided on a name, Wrylan, inspired by the breeder’s alphabet system of keeping up with the puppy litters; Abbi Broadway’s puppy will come from the “W” group.

Although Abbi Broadway is ready to buy her puppy, she said she doesn’t plan on closing Abbi’s Barkery.

“We started a non-profit,” Abbi Broadway said. “We’re going to raise money for other kids to get service dogs and these detection bracelets. Whenever you’re about to have a seizure it alerts you.”

The treats are made from all-natural ingredients, and cover a wide range of flavors, including Canine Carrot, Mulberry Maniac, Peachirrific and Pumpkin Poochie Smoochies.

“I was trying to get some of my friends to eat them, but they won’t, just because they’re called doggie treats,” Abbi Broadway said. “I mean, if they were called granola or cookies or whatever, they would eat it.”

“She was doing people portraits, and then when this all started, she decided to do pet portraits and donate 100 percent of the proceeds to her dog,” Robin Broadway said. “Once she gets her dog, she’ll donate a regular percentage of sales to the corporation.”

Abbi’s Barkery will also soon have its own storefront at the square in Franklin, something Abbi Broadway had been dreaming of doing. They plan on using each month’s proceeds to go toward a specific child in need of a service dog.

“People can know that what they buy is going toward a good cause, and helping” Robin Broadway said. “It’s not just a regular purchase. We want to help kids in our communities. We’ll definitely branch out and go further, but we just want to start here, where it’s been the premise for everything.”