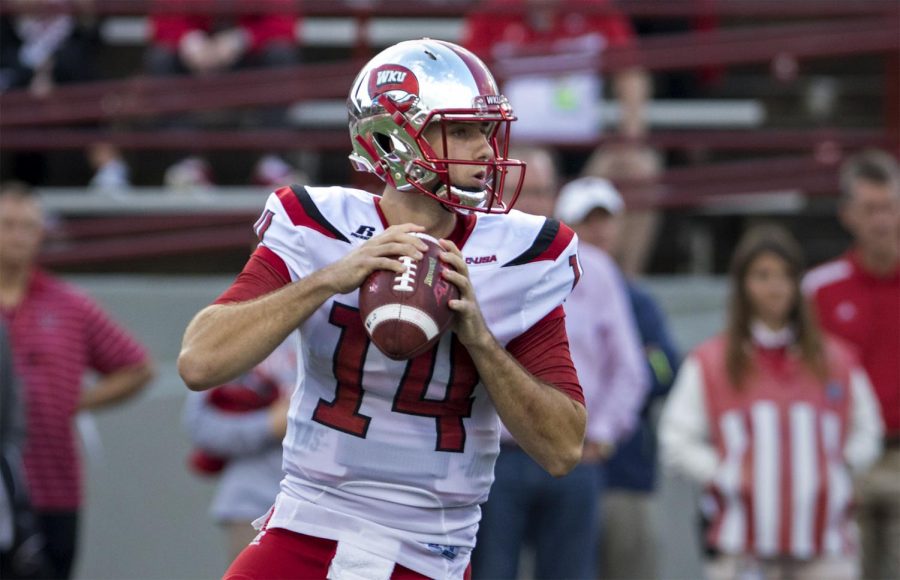 The Hilltoppers welcome the Vanderbilt Commodores Saturday in a rematch of last year’s 14-12 Topper victory.

The Commodores will be the first SEC team to play in Smith Stadium in WKU history. The Toppers will look to improve to 3-1 on the season after escaping Oxford, Ohio last Saturday with a 31-24 victory over Miami (Ohio).

The Commodores will look to improve to 2-2 on the season after being thumped 38-7 by Georgia Tech last week. The Commodores also hope to avenge last year’s heartbreaking loss. As you prepare for the showdown, here are three keys to the game.

Last season, the Commodores were the only team the Toppers got in a defensive struggle with and the defense ultimately won the game for WKU.

The Toppers won the turnover battle 3-0 last season which included a Nick Holt interception in the end zone when the Commodores were just outside the goal line.

However, if the Commodores take care of the football and force an inexperienced redshirt junior quarterback Mike White to make some mistakes, expect Vanderbilt to take advantage of opportunities they missed out on a year ago.

If you don’t know who Ralph Webb is, there’s a good chance you will know his name once Saturday is over.

The Vanderbilt redshirt junior running back currently leads the SEC in rushing with 377 yards including 211 of those coming against WKU rival Middle Tennessee State University in a 47-24 thumping of the Blue Raiders.

Vanderbilt sophomore quarterback Kyle Shurmur ranks near the bottom in the SEC in passing, averaging just 112 yards passing a game.

It’s no secret Webb is the heart of the Commodores’ offense. If the Toppers contain Webb and put the pressure on a struggling quarterback, expect the Toppers to have their way with the Commodore offense like they did a year ago.

3. Mike White’s composure in the spotlight

White won the hearts of Topper nation in the season opener against Rice University by throwing for 517 yards which led the nation in week one.

However, Brandon Doughty’s successor didn’t fare so well against Alabama and a below average Miami (Ohio) team the past two weeks.

This will be White’s first big game in the spotlight that he is fully expected to win as the Toppers are, as of press time, a seven-point favorite at home.

White will go against a Commodore defense that returns eight starters who gave Doughty trouble a year ago in Nashville.

If WKU wants to repeat, White must keep his composure and control the offense for the Toppers from the beginning of the game until the end. He won’t need to put up big numbers, but he must take care of the football.