Five things to watch against Rice 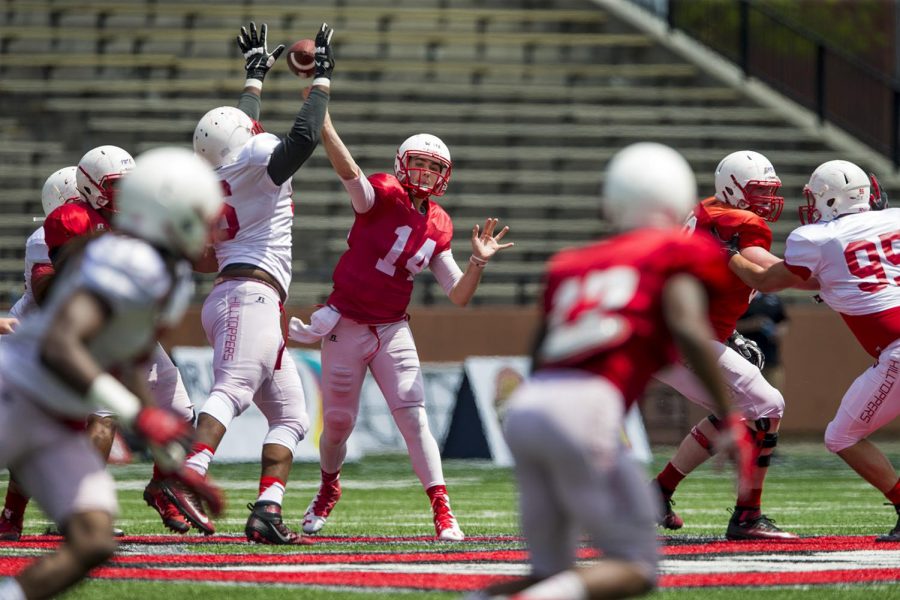 As kickoff approaches, WKU fans couldn’t be more eager to watch Hilltopper football after the most successful football season in WKU history.

The Toppers welcome the Rice Owls tonight as the first big slate of games finally gets the 2016 college football season underway. The Toppers look to extend the nation’s longest conference winning streak to 13 games as the Owls will look to avenge a 49-10 thumping they took last year at home.

The Owls return 15 starters from a team that went 5-7(3-5 Conference-USA) a year ago and will look to strike an early dagger to WKU’s hope of repeating as C-USA champions. As you prepare for tonight’s game, here are five things to watch for.

1. How will Mike White fare in this offense

In two seasons at the University of South Florida , White went 215 of 417 (51.5-percent) for 2,722 yards with 11 touchdowns and 16 interceptions. With all five offensive linemen returning and several experienced running backs, look for the Toppers to go to the ground early and often.

I would be shocked if White threw the ball nearly as much as Doughty did in his first start in red and white.

The Owls return 15 starters, and some of those key players anchor the Rice defense. Senior linebacker Alex Lyons returns after a career-high 77 tackles, including 5.5 behind the line of scrimmage in 2015, to earn honorable mention All-Conference USA.

The Owls defense gave up 35.8 points a game one year ago, but will look to improve for the 2016 season.

3. Which receivers will emerge for WKU

The Toppers won’t throw the ball like they have the past two years, but expect to see some of the same formations that featured four to five receivers on the field.

Other than seniors Taywan Taylor and Nicholas Norris, there are a handful of receivers looking to emerge themselves as reliable targets for White.

Junior Nacarius Fant, redshirt junior Kylen Towner, redshirt sophomore Will Bush, and redshirt freshman Lucky Jackson all look to fill receiver spots that will likely be finalized in the first few games of the season.

Seeing which of these names will step up to replace the losses of Jared Dangerfield and Antwane Grant will be a major point of focus for WKU all season long.

4. Tyler Stehling under center for Rice

The Toppers won’t be the only team with a new face under center. Redshirt senior Tyler Stehling takes over after the Owls lost Driphus Jackson to graduation.

As a backup Stehling threw for 479 yards and two touchdowns with two interceptions in very little action.

Like WKU, the Rice offense will likely lean on multiple running backs which will feature redshirt senior Darik Dillard who led the Owls in rushing a year ago.

Kickers don’t get enough appreciation and WKU was spoiled with Garrett Schwettman. In 2015, Schwettman broke his own record for points in a season and became WKU’s all-time scoring leader in the process.

Schwettman was almost automatic a year ago, going 15 for 16 on field goals with the lone miss being blocked.

There’s no doubt Nuss has a pretty strong leg, as he kicked eight touchbacks serving as the kickoff specialist before suffering a season ending injury.

The question is Nuss’s accuracy, as he has yet to kick an extra point or field goal in a Topper uniform.