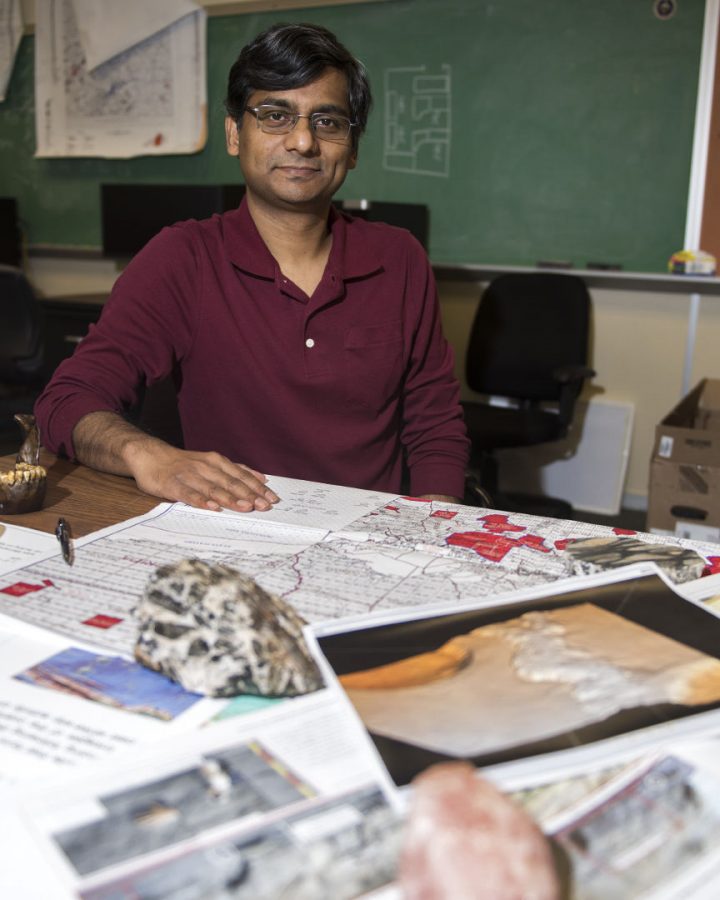 Royhan Gahi and his team worked to gather a 3D rendering of the seabed of the Gulf of Mexico. Gahi's work has been featured in a BBC documentary. Matt Lunsford/HERALD

A WKU professor is taking a deep dive as he leads a research team to map the Gulf of Mexico’s seabed using 3D seismic data.

Royhan Gani, assistant professor in the Department of Geography and Geology, said that work on this project began around 2010, when he was at the University of New Orleans. He began working with places like Stone Energy Corporation, and were both interested in looking at the Gulf of Mexico seabed.

Gani and his team scan the ocean floor about 40 km off the shore and then assemble 3D digital models, which help them identify landforms on the seabed. The team works to use 3D seismic mapping to find salt domes and channels on the ocean floor.

Additionally, they can look at the subfloor of the ocean. Gani said not much is known about this area of geology.

Gani said he’s worked with many students on this project since 2010, and that they will continue to do research in this area. He said many students from the research team have gone on to work for energy companies, using the data from the project.

“It’s like finding a resource that’s never ending,” Gani said of the project.

Zexuan Wang, a graduate student at WKU, is working with Gani on this project.

“The most interesting part is, obviously, you can find some new features, which are not documented really well before,” Wang said. “We can dig into that feature and get more information.”

Gani echoed the excitement of this new information.

“Really, we’re standing at the frontier of this knowledge and trying to push the envelope further,” Gani said.

This summer, Gani and the team were contacted by the BBC. The research team’s findings have recently been included in the BBC Natural History documentary, “World’s Weirdest Events.” Gani said that their data were used to explain the similarities between deep-water channels that they’re studying and rivers.

Additonally, Gani and several members of his team had some of their research published in “Sedimentary Geology,” a science journal, this summer. The article, “Submarine channel evolution linked to rising salt domes,” focused on the same area of the Gulf of Mexico that the team has been mapping.

Gani and his wife, Nahid Gani, are both professors of geology. This semester will be Royhan’s first at WKU, and he said he is excited to continue his research here.

“My hope is to … recruit students and give them a taste of the research,” Gani said. “I want to look at bridging class and research.”