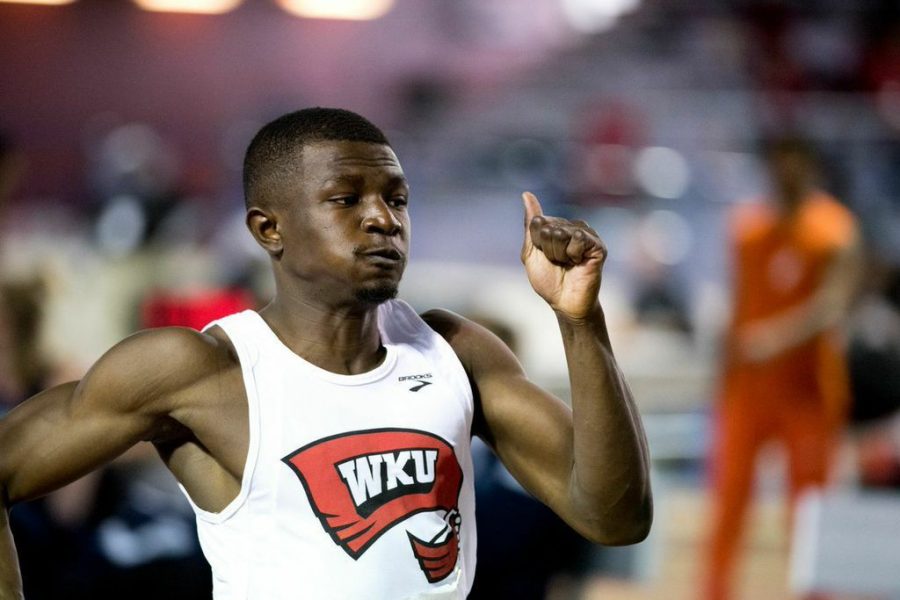 Dasor, who will represent his native Ghana, qualified for Rio after he posted a personal-best time of 20.49 seconds at the Soga-Nana Memorial meet in Cape Coast, Ghana.

“Emmanuel becomes the second person this year that has been a part of the WKU track and field program to qualify for the 2016 Rio Olympics,” WKU Head Coach Erik Jenkins said in a WKU press release. “This tremendous feat caps a great year for him as he’s worked hard all season and has stayed focused on our goals.”

Additionally, the sprinter qualified for the 2016 World Indoor Championship and was part of multiple Conference USA finals.

“I’m so proud of him and ecstatic about his opportunity to represent himself, Ghana and WKU in Rio,” Jenkins said in a WKU press release.

Dasor is set to join Shandrack Kipchirchir, who competed for the Hilltoppers in 2010 and 2011, in Rio next month. Kipchirchir will represent the United States in the 10,000 meter event after producing a qualifying effort last week.

The two are set to join a group of 16 former WKU athletes that have competed at an Olympic Games, ten of those athletes have come from the Hilltopper track and field program.

The 2016 Rio Olympic Games is set to open on Friday, August 5 in Rio, Brazil, and will last through Sunday, August 21.