WKU Board of Regents meet, have two-hour closed session 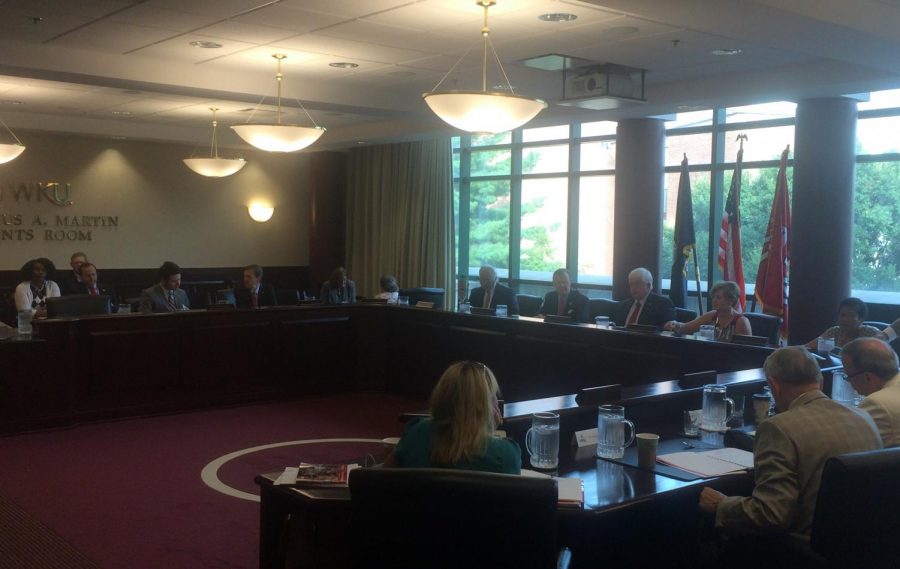 The WKU Board of Regents met for four hours on Friday for their third quarterly meeting as two of those hours were spent in closed session.

According to the agenda for the meeting, the Board met in closed session as pursuant to KRS 61.810(1) to discuss proposed or pending litigation against or on behalf of the university, and deliberation on the future acquisition or sale for real property by the university.

The rest of the time spent during the meeting included action items in the academic affairs committee, executive committee and the finance and budget committee.

Richmond was not present at the meeting, however Shoenfelt was there and said she was “very honored to receive this distinction.”

The nominating committee also saw the recommendation for the election and approval of the 2016-17 slate of officers. Frederick A. Higdon was voted chair of the Board of Regents, Dr. Melissa Dennison was elected vice chair and Cynthia Harris was elected as secretary.

The Board of Regents fourth quarterly meeting is scheduled to take place on October 28.