Consultant: WKUPD needs to be reorganized, culture is “toxic” 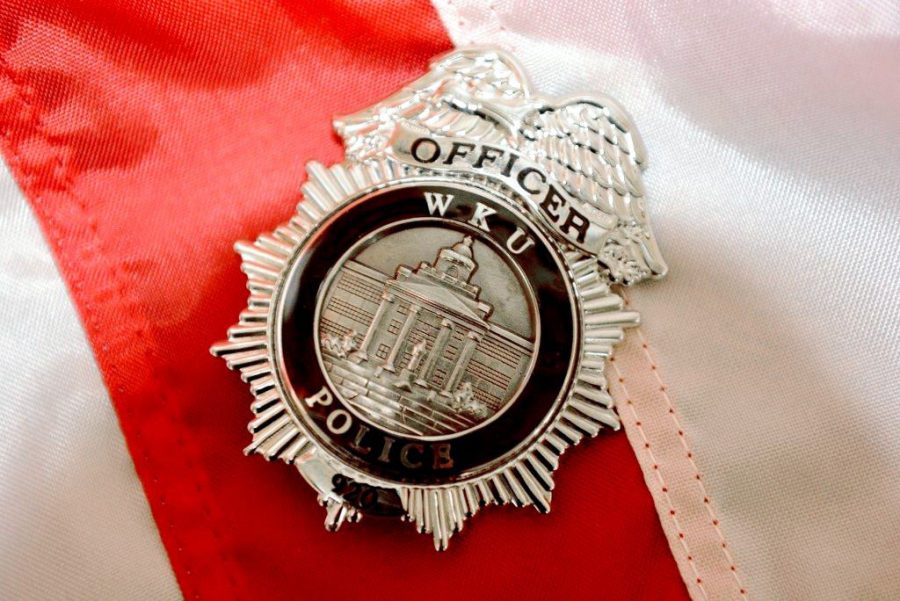 The WKU Police Department needs to be reorganized, rebuild relationships with other local police agencies, and improve working conditions and communication for officers and other employees, according to a consultant’s report released Friday.

The report, commissioned by Brian Kuster, WKU’s new vice president for student affairs, offered a stark picture of an agency with poor morale, insufficient training and an “absent member” of the region’s policing community. The police department is part of WKU’s Division of Student Affairs, which Kuster took over in the spring following Howard Bailey’s retirement.

Leadership Strategies Group, the consultant that Kuster said was paid between $7,000 to $8,000 to assess the WKUPD, made several recommendations, including:

— Purchasing body cameras for each officer. The consultant called this a necessity, not a luxury, in policing.

— Striking an agreement for the Bowling Green Police Department, the Warren County Sheriff’s Office or the Kentucky State Police to investigate major crimes like A and B felonies and “certain sex crimes” that occur on campus until WKU officers can be properly trained to handle big cases.

— Eliminating WKUPD’s Special Response Team and relying on other teams from other local agencies should such a response be needed.

— More transparency within the department, especially in how money is spent and vacations and odd shifts are allocated.

— Reassessing whether WKU’s access control operation, which maintains lock systems across the campus, ought to remain in WKUPD and, if it does, to make it an integral part of the agency.

“Most of the items that you see here are really more administrative in nature,” Kuster said in an interview with the WKU College Heights Herald on Friday. “At no time did the consultant think that anyone was in danger. That’s important to know. We will look at each recommendation and work with the current troops to decide what direction we go from here and to keep them involved in that process.”

During its study in April and May, the consultant interviewed every employee of the WKUPD, in addition to local law enforcement leadership and students.

According to the report, several interviewees referred to the culture in the department as “toxic.” The prevailing idea of the assessment is that morale is “considerably low” at the officer level.

The report asked officers how they would rate morale in the police department on a scale from 1-8. The mean score was 4.2.

Two locksmiths who are employed by WKU to the police department said in the report that that they are “overworked” as one said that he has not had a vacation in three years.

Both locksmiths said that they would like to be moved back with the carpenters as they were “treated badly.” One gave the example of when his son was very ill and needed to be taken to Nashville. He was told, “Your son is not our damn problem.”

“The morale of the department is very important to me so we are going to be focusing on that,” Kuster said to the WKU Herald.

Current Chief of Police Robert Deane will be retiring on September 1st said Kuster. The WKU Herald reached out to Deane through email on Friday night, but had not received a response at publication time.

Several individuals in the report had a concern that the department’s organizational chart was too top-heavy and they have an issue understanding why two assistant chiefs are needed for such a small department.

Kuster also said that he will be looking at additional training for the detectives as he plans to take each of the recommendations and begin working with the new interim chief in coming weeks.

“We will be working with the troops to look at each recommendation and ask how to implement that,” Kuster said.

Changes have already started as officers have received pay increases so salaries of officers can be brought closer to what other agencies in town are paying.

Another recommendation in the report was that the practice of sending officers to away football games should be guided by policy.

“Whenever the football team travels, two officers travel with them and in all cases the department was not being totally reimbursed by the athletic department which is already one of the things we have addressed with the athletic department,” Kuster said. “We want to make sure everyone has that opportunity because a lot of officers view it as a kind of a perk. It’s nice to be able to go to an away game and be involved.”

According to Kuster very few things have been redacted from the report as he says that it is “pretty complete.”

“I know from the interactions I have had with all of the officers, dispatchers and other staff within the department, that we can work through these issues and come out a stronger organization,” Kuster said.