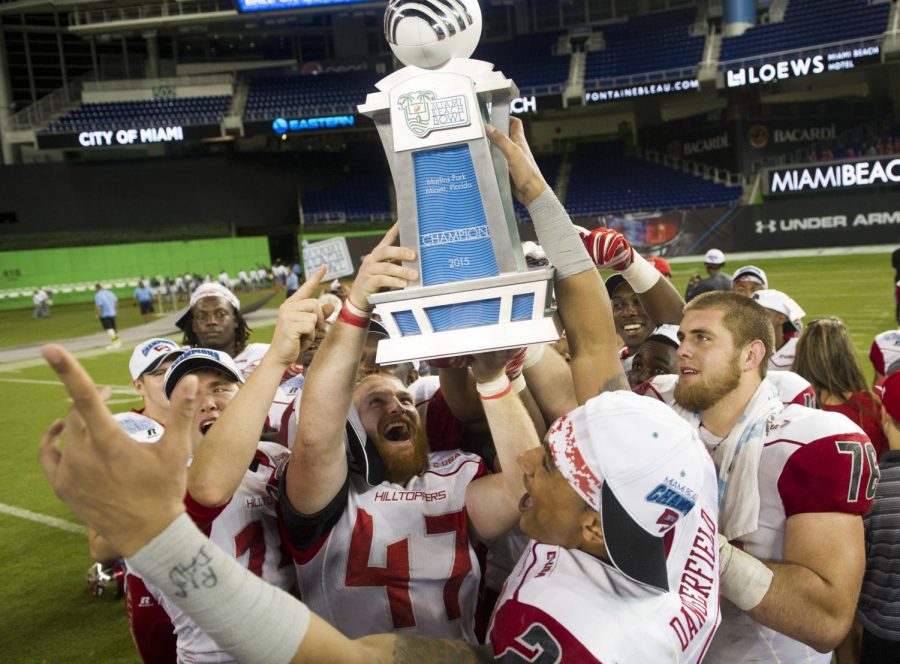 In a press release on Wednesday, it was announced that WKU football will appear on TV eight times this upcoming season according to Conference-USA’s preliminary TV schedule.

The Hilltoppers will open the season at home on Thursday, Sept. 1 against C-USA foe Rice University on CBS Sports Network at a 7 p.m. CT kickoff time.

As announced on Tuesday, WKU will travel to defending national champion University of Alabama in week two of the regular season for a 2:30 p.m., kickoff on ESPN 2.

According to the press release,WKU will appear on CBS Sports Network a total of four times, ESPN networks and the American Sports Network (ASN) twice each and beIN SPORTS, the league’s newest media partner, once, against Florida International University.

A pair of WKU home games had their kick times adjusted to accommodate for television. WKU now hosts Vanderbilt University at 3:30 p.m. on Sept. 24 and FIU at 4:30 p.m on Nov. 5.

The 2016 C-USA Championship Game is set for Saturday, Dec. 3, and is scheduled to air on ESPN or ESPN 2. ESPN is also scheduled to carry all six of C-USA’s bowl games in which the conference has a guaranteed selection.