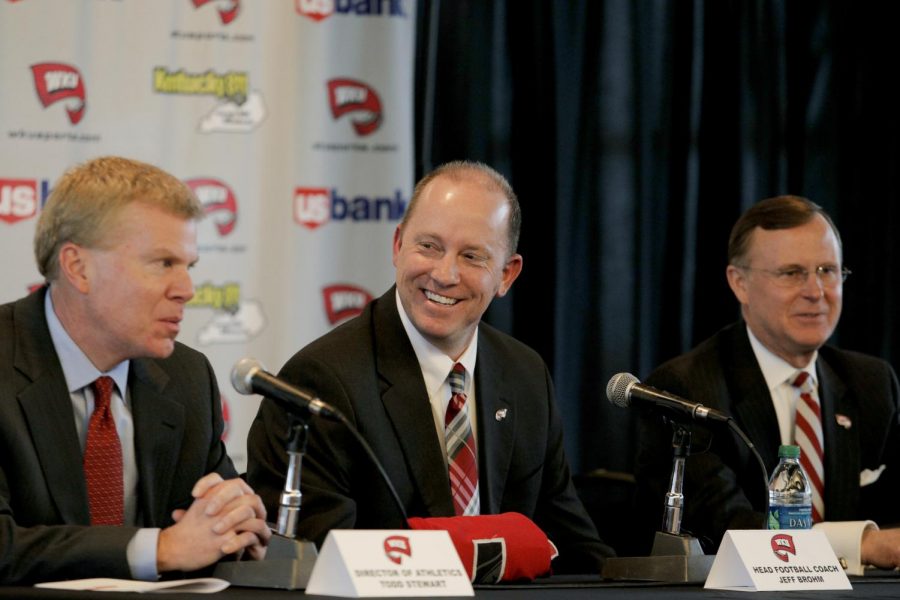 WKU Athletic Director Todd Stewart told members of the media that games between the University of Louisville and WKU in football and men’s basketball could be positive for both schools.

At the event, Stewart was able to express his interest in playing the Cardinals in both football and men’s basketball.

According to the Bowling Green Daily News, Stewart said, “I know our fans would rather see us play Louisville than probably a lot of ACC or SEC schools and I think Louisville fans would probably rather see them play us than most other Conference USA, Sun Belt or MAC schools. So to me it would be a win-win, it would be great for the fans in this state and hopefully we can get it done.”

WKU previously had a contract with Louisville in men’s basketball, however the contract was not renewed for this season.

The Cardinals defeated the Hilltoppers in their last matchup 78-56 at the KFC YUM! Center in Louisville, Kentucky.

In football, the two schools last met in 1989 where the Cardinals won 63-34 over the Hilltoppers. Louisville leads the all-time series 19-12.

However, despite the hopes of Stewart, the possible matchup with Louisville will have to wait a few years as. The earliest either school has a non-conference game slot open is in 2018.

The Bowling Green Daily News reported that at the alumni event Brohm said,” “I’m optimistic that’s going to get done,” Brohm said. “We’d obviously love the opportunity to have a team with the talent of Louisville on the schedule and get a chance to really bring back a lot of guys from this state to be able to play against a team that is a top-25 team.”