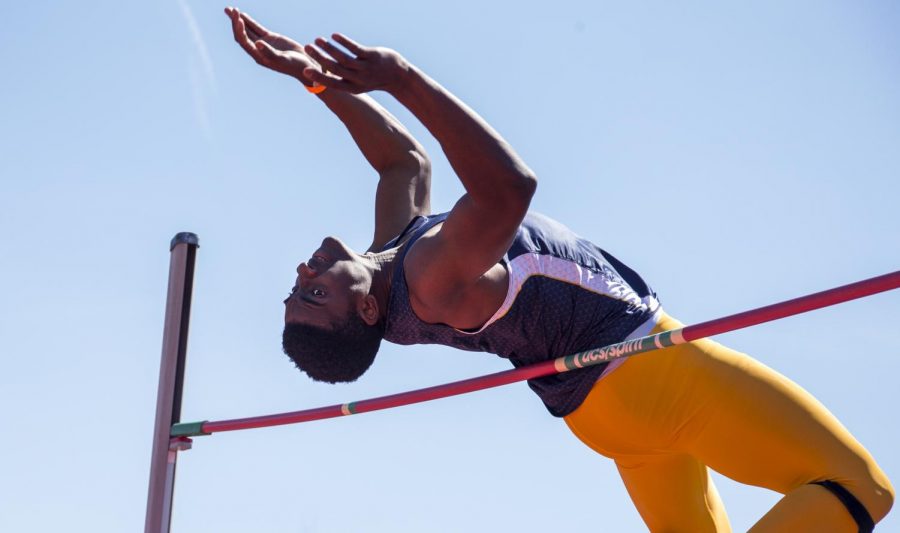 As the countdown to the Conference USA championships continues, the Hilltoppers and the Lady Toppers track and field teams have been using every opportunity to improve before the final meet.

The Penn Relays, held at the University of Pennsylvania in Philadelphia, is the oldest and largest track and field competition in the United States.

Head Coach Erik Jenkins was proud of how his team performed at the Penn Relays, saying that they did a good job against the best in the NCAA and the world.

The men’s relay team recorded strong finishes at the meet, one of the highlights being a sixth place finish by 4×100 relay team. This team consisted of senior Ja’Karyus Redwine, junior Kyree King, junior Emmanuel Dasor and sophomore Julius Morris.

The 4×400 men’s relay team of Redwine, Dasor, junior Ventavius Sears and freshman Maor Seged also found success in Philadelphia, placing runners-up in their event. They finished with a time of 3:08.74.

The Hilltoppers also competed well in the hurdles with senior Venavius Wyatt finishing in 11th place in the 110-meter event.

While some of the Hilltoppers were competing in Philadelphia, the rest of the team was at the Memphis Invitational. Just like the Penn Relays, this proved to be a successful meet for the track and field program.

Sophomore Jonathan Hayes had a stellar performance at the invitational over the weekend, recording two top-two finishes.

Hayden won the 110-meter hurdles event with a time of 14.28 seconds. This time was only 0.01 seconds off from his career best.

Hayden also finished runner-up in the 400-meter hurdles with a career best time of 53.11 seconds.

Hayden wasn’t the only Hilltopper to find success on the track as the rest of them gained five top-10 finishes.

Junior Corey Parks was one Hilltopper who performed well this weekend, placing fifth in the 100-meter dash and sixth in the 200-meter.

The Lady Toppers were also successful at the Memphis Invitational.

Senior Shantol Hemley stood out at the event as she set the second-best time in program history with a time of 2:09.16 in the 800-meter race.

WKU had two runners place in the top 10 in the 100-meter event as freshman Jadzia Beasley came in ninth and sophomore Peli Alzola placed sixth. Alzola finished with a time of 11.92 and Beasley with a time of 11.83 seconds.

Junior Sandra Akachukwu led the Lady Toppers in the field as she won the high jump event with a season-best record of 1.75 meters.

Overall, both teams were very successful this weekend and are heading to the C-USA championships with some great times on their side.

When asked how they are going to prepare for this championship meet, Jenkins responded with his plan.

“We want to train wisely, stay healthy and stay positively determined over the next two weeks,” Jenkins said. “We have worked hard to put ourselves in a position to be successful.”

With a season full of career-best performances, the Hilltoppers and Lady Toppers look to continue their success come championship time.