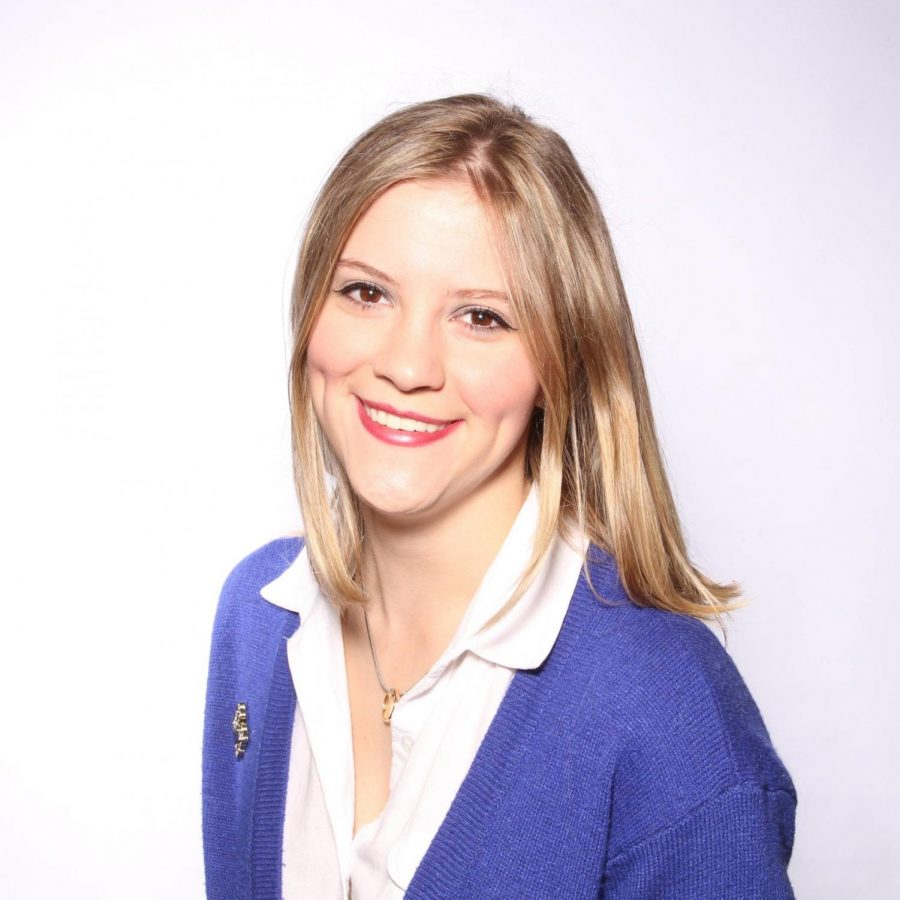 Kae Holloway was the editor-in-chief of the College Heights Herald for the fall 2015 semester.

When I was a high school senior, I vividly remember sitting at one of those Focus on WKU events and tweeting a picture of the College Heights Herald, a paper that I idolized for years as a little high school journalist. What the tweet said I couldn’t tell you, though I’m certain it had plenty of hashtags. What happened next, however, was unforgettable: the Herald retweeted me.

It was a sign from Frances Richards herself that I had picked the right college for the next four years, and I was destined to work for the greatest college newspaper, our dear Herald. One day, I assured my young self, I would be editor-in-chief too.

It’s a funny moment to look back on now, five years later. Since then, I’ve spent all four years working for that great college newspaper. I was editor-in-chief last fall. And, for a good part of that, I had access to or ran the Herald’s Twitter account, which quickly made me realize that retweet wasn’t that big of a deal.

Aside from cooling my Twitter ego, Student Publications and the Herald have both done so much for me since I turned in my first application for academics reporter. (Special thanks to Taylor Harrison for hiring the weird, over-ambitious freshman who bought a special folder for her application.)

This place also became my home. That can be taken literally because I have slept here — in the lounge chair, at a desk, you name it. I’ve been fed when I was broke and sick of Ramen for the third night in a row. I’ve been inspired. I’ve been cared for and looked after, and hopefully I’ve been able to return those acts of kindness. I’ve also witnessed some damn good journalism and hopefully contributed to some of it.

It’s no secret to anybody in this building that I’m leaving. I’ve been talking about what’s next since Feb. 22, to be exact, and that’s been easy. It’s also been easy to think about never having to take another test, do another Blackboard discussion post or ramble on in a group presentation I mostly did myself. That all being behind me is indescribably magical.

What’s been hard is accepting that despite that great big beautiful tomorrow, despite never having to worry about buying a textbook ever again, I’m leaving all these wonderful people and closing a chapter on my life. I’m leaving the Hill I’ve called home and four years worth of memories.

I’ve made some of the greatest friends who know some of the deepest things about me. I’ve been pushed to write, report and lead better through my various positions here, and I’ve been lucky enough to push others the same way. I wouldn’t have done my time here any differently. There are so many people to thank for these four years. There are so many people who have touched my life in immeasurable ways. Since I can’t thank everybody individually, I’m just going to say thanks, Student Pubs.

Thanks for taking me in as an insecure freshman and helping me become a slightly more secure senior. Thanks for teaching me it’s perfectly okay to spend two weeks drawing a map of Middle Earth and publicly nerd out over new movie trailers for “The Hobbit.” Thanks for teaching me it’s always okay to dance like nobody’s watching, even when everybody will see it on a huge projector screen at the banquet. Thanks for helping me learn to laugh at myself. Thanks for not judging me for lying on the floor so much when I got stressed. Thanks for countless opportunities to grow as a journalist, both here and at my internships. Thanks so much for everything.

I could write more. Hell, I could fill this page and then some. If working with print for four years has taught me anything, though, it’s that the longer it is, the more you’ve got to cut. So I’ll leave it at this and hope I wrote it just short enough that I can squeeze a few more words in. It’s time to leave home behind. The world’s ahead. See ya real soon, WKU.