Planetarium to receive repairs to roof 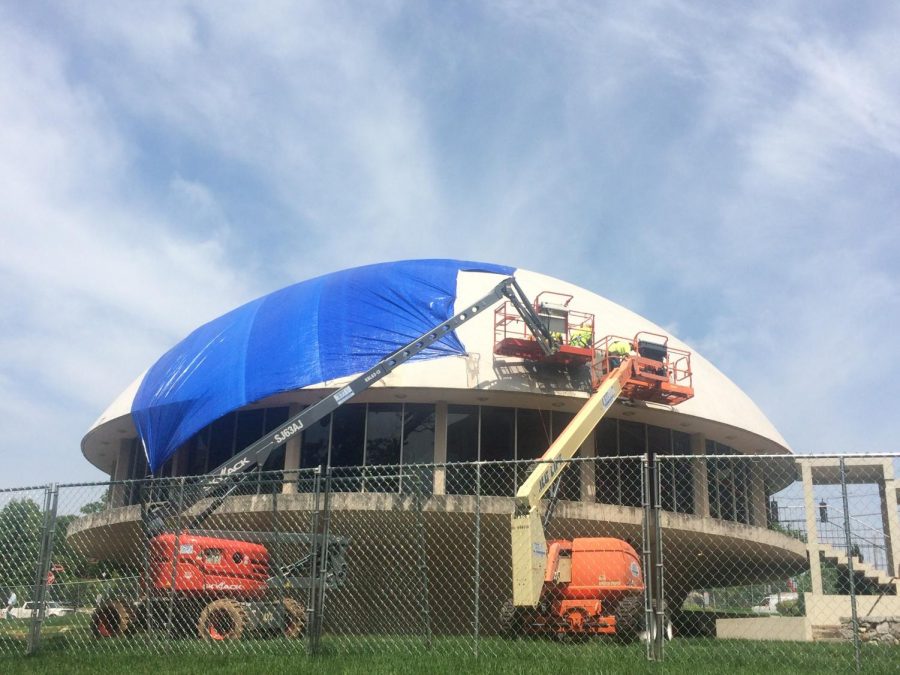 “It’s going to receive a new coating on the dome and we are doing some repair work to any of the damaged areas to repair that surface to receive that coating,” Chaney said. “It’s probably a 30-day duration.”

Planetarium coordinator Ronn Kistler said that the previous damage has never caused any problems to the interior of the planetarium, as there have never been any leaks or other problems with the roof.

“That’s all they are doing at the moment,” Kistler said. “Having a new roof that is solid is always a good thing. It does need to be replaced so we are glad they are doing that.”

Despite the repairs, the planetarium is still open to the public for free shows every Tuesday and Thursday at 7 p.m. and Sundays at 2 p.m.