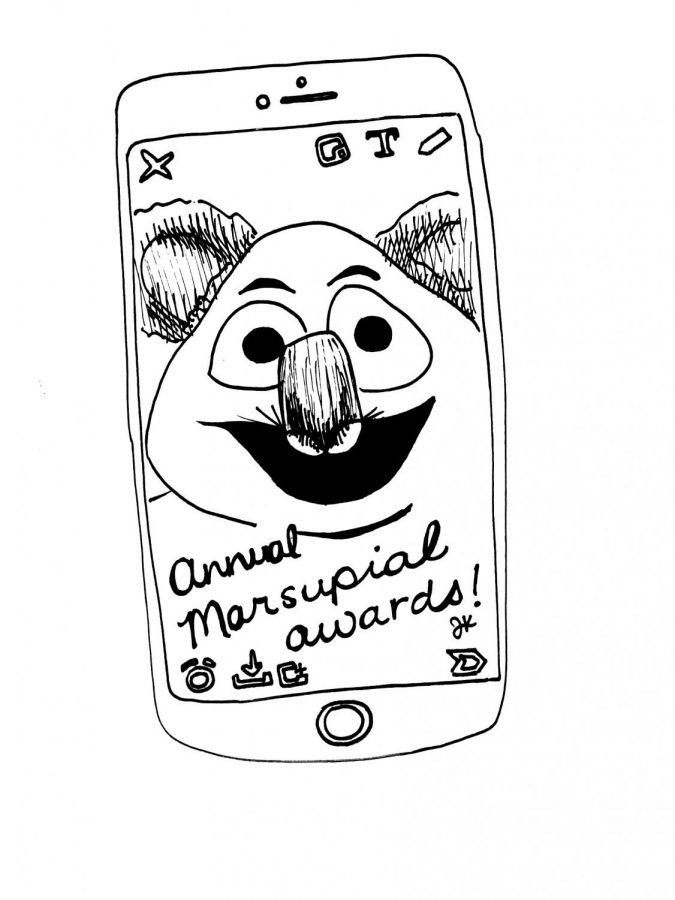 And The Award Goes To

This semester has seen its share of big stories, and we wanted to take a moment to commemorate the best and worst of WKU.

The Not-So-Silent Majority Award goes to the “conservative majority” of WKU that only exists on Twitter and the mini-mansions on Alumni Avenue.

The Look at My Caucus Award goes to Rand Paul for forcing Kentucky Republicans into a primary caucus and dropping out before it happened.

The Because I Said So Award goes to President Gary Ransdell — because we said so.

The Get Back to Work Award goes to Kentucky governor and rising YouTube star Matt Bevin.

We give the Cold One Award to Topper Pub and Grill for all the virgin drinks you’ll be serving.

The Throw Passes, Not Punches Award goes to our recent Topper draftees. Good luck to them in all their pending careers or court cases!

The Talisman receives the Turning a New Page Award. We wish you luck as you begin your new life as a magazine!

The Mass Exodus Award goes to the Honors College for all the staff departures it’s seen this semester.

The Le Prix de Littérature Française is given to Gov. Matt Bevin. Hopefully future graduates will be able to translate this for you.

We give President Ransdell’s legacy the Rose-Colored Glasses Award.

The Going the Distance Award goes to the track and field team. May these budget cuts not deter from your consistent successes.

The Shoulder to Cry on Award goes to Brian Kuster. Perhaps he can help out in the newly cut Counseling and Testing Center.

The men’s basketball team gets the Behind Closed Doors Award for whatever happened to them and their former coach this semester.

We award ourselves the Dirty Mirror Award for our inability to reflect this campus’s “values.”

The New Neighbor Award goes to the new Confucius Institute building right up the street. We can’t wait to meet you, comrades!

Gov. Matt Bevin gets the Come Heaven or High Water Award. At least Kentucky can now survive the Great Flood!

The Most Likely to be Underappreciated Award goes to our BSAs and grounds workers. We appreciate you and everything you do!

Happy anniversary to the Student Government Association! We give you the 50 Years of What? Award for all that you do.

Lynne Holland, dean of students for Student Affairs and chief diversity officer, gets the Not the Forum for this Award — thankfully, our Opinion page is.

The Too Little, Too Late Award is given to the university administration for the recently announced faculty pay raises.

We give the Sinking Ship Award to the WKU Foundation endowments that have gone underwater.

The Stayin’ ALIVE Award goes to the ALIVE Center and the ICSR. Keep doing the amazing work you do.

We give the Board of Regents the Running On Fumes Award for depleting most of the university’s reserve funds to get us through this year.