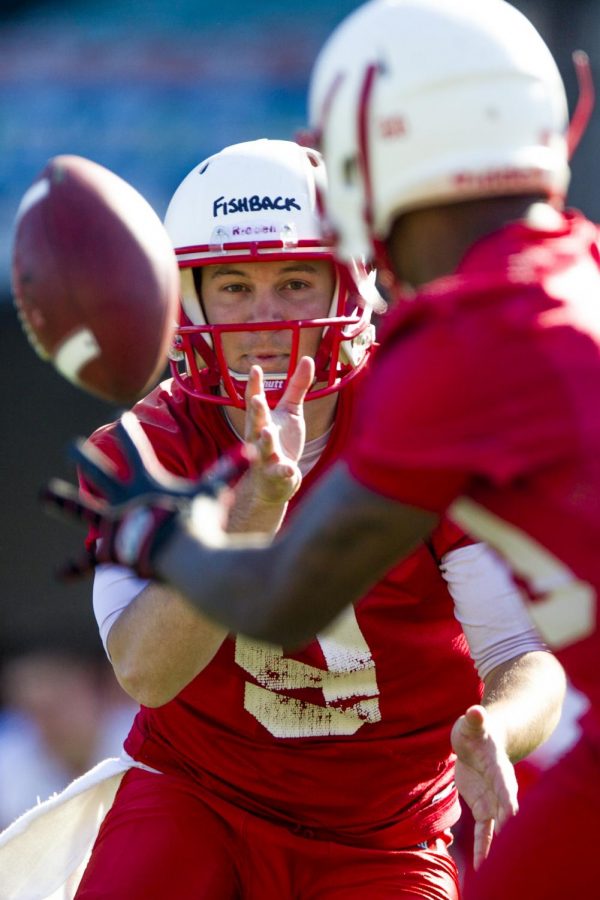 Many aspects of this year’s team will be centered on finding players to fill in important positions that are missing, like the quarterback position for instance.

However, for the running backs, this will not be the case since at least three experienced players are returning to lead this team to success.

Early last season, the Hilltoppers had to overcome the unfortunate knee injury of star running back Leon Allen during a game against Louisiana Tech.

Allen was granted a medical waiver that restores his eligibility, and he will be returning this season.

Before that untimely injury, Allen had rushed 137 yards on 27 total carries with a pair of touchdowns while also catching five passes over a total of 74 yards.

Allen also led Conference-USA in rushing and was ranked seventh in the nation with 2,018 yards during his junior season.

With stats like that, the team definitely took a hit with his injury.

Luckily a solution was found and, according to the Hilltoppers, that solution went by the name of “thunder and lightning,” D’Andre Ferby and Anthony Wales.

Even though Wales saw little playing time in the beginning due to a preseason injury, he eventually became an offensive force.

Ferby also proved to be a significant factor in WKU’s high-scoring offense last season, displaying an impressive season with 650 yards on 164 carries with 11 touchdowns.

With all three of these players returning this season, this is bound to entice the running backs to take on leadership roles and guide the team though the rest of spring season.

In fact, when Ferby was asked about what the running backs could continue to work on for the upcoming season, he hinted on the concept of dependability.

“This year with [Brandon] Doughty being gone, we’re probably going to have to run a little bit more,” Ferby said. “So we just want to be ready and be there for our team when they need us.”

Ferby also mentioned he has encouraged the other running backs to rise up and accept the challenge of leadership.

Earlier, the word “experienced” was used to describe this group of running backs, but if a second one were included, it would have been “improved.”

These athletes have found ways mentally, physically and technically to up their game and improve their abilities. Ferby is still finding ways to improve his game over the spring training.

“As far as myself, I’m seeing stuff before the play comes, like reading safeties as far as pass protection,” Ferby said. “Also, in the beginning I wasn’t making good reads as far as my run tracks, but as the spring has progressed, I’m starting to see everything with more clarity.”

In terms of the running backs as a whole, Ferby reveals that they need to fix the little things, like pass fakes, pass protections, etcetera.

One young running back that has made an impact in spring practice is redshirt freshman Marquez Trigg who has gotten some significant reps after freshman running back Quinton Baker went down with injury.

Trigg has not let these reps go to waste as both Wales and Ferby have praised his game in spring practice.

“The last scrimmage we had he (Trigg) had 30-40 carries,” Ferby said. “He has answered the call really well and I am proud of him.”

WKU’s football team may have a few missing pieces of the puzzle right now, but with young players like Trigg stepping up behind Wales, Ferby and Allen, the running backs are definitely on the right track.