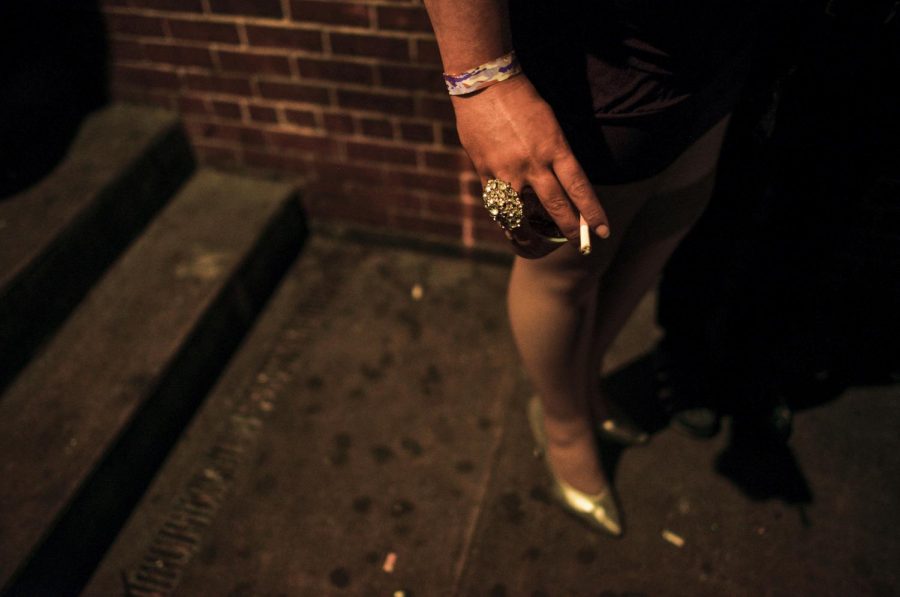 Drag queen Geneva LaDiva smokes outside Play Dance Bar in Nashville on April 2. LaDiva said she has been trying to quit, but the stress of classes has made it hard to drop the habit. Abby Potter/HERALD

Glitter, pounding music, sparkling high heels and wadded dollar bills: all sounds and sights one would not initially associate with Joshua Finn, a religious studies major. Despite appearances, Finn performs in drag on many weekends under the stage name Geneva LaDiva.

“Growing up, I wanted to be an actor, a rock star or a supermodel,” Finn said through a puff of smoke after a drag show in Nashville. “Drag allows me to be all of those, but I get to take it off at the end of the day.”

Finn has a support group of friends and family in the drag community. When it comes to his biological family, the support is not always present. “My younger sister is amazing and usually comes to my shows,” he said, “but I had to keep drag a secret from a lot of my family for a long time.”

When not in drag, Finn, 36, of Franklin is usually studying. He is back at WKU this semester after a 14-year hiatus from school. Previously a public relations major, Finn is now pursuing a degree in religious studies and hopes to one day teach religion classes.

“I’m trying to find myself, and religion fascinates me,” Finn said.

Finn said he is in no way ashamed of the drag side of his life, but he doesn’t mention it to most people at school. Although he plans to keep up drag as a side job for many years, he said he sees “the goal of graduating as my guiding force for the next few years.”