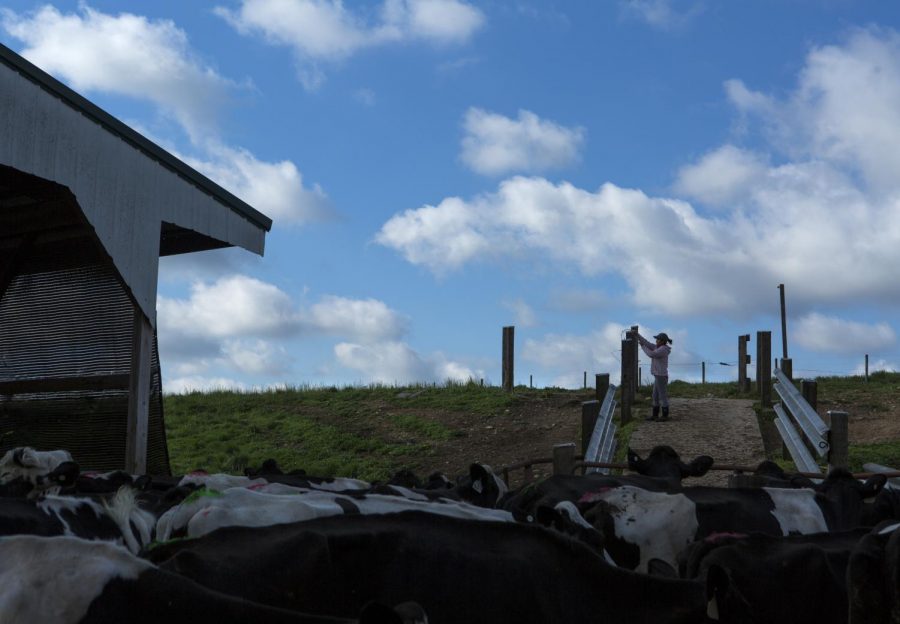 Sylvia Ramirez Reyes, 24, of Vera Cruz, Mexico, prepares to bring heifers in to the enclosure for feeding on Saturday at Kenny's Farmhouse Cheese in Austin, Ky. Ramirez Reyes works on the farm about 10 hours a day milking, feeding and caring for the cows. Brook Joyner/HERALD

Seven years ago, Manuel Tzanahua Zacarias, 25, moved to Kentucky from Vera Cruz, Mexico, to find work. After hearing about the job from a friend, he came to Kenny’s Farmhouse Cheese in Austin, Kentucky.

Three years later, his fiancé, Sylvia Ramirez Reyes, 24, joined him in the United States and began working on the same farm a year ago. The couple works ten hours a day feeding, milking, and caring for the cows as well as performing general ground maintenance for the land.

Manuel has a brother in Kentucky, but the rest of his family and the entirety of Sylvia’s family still live in Mexico. They hope to earn enough money working on the farm to allow them to return home within the next two years.