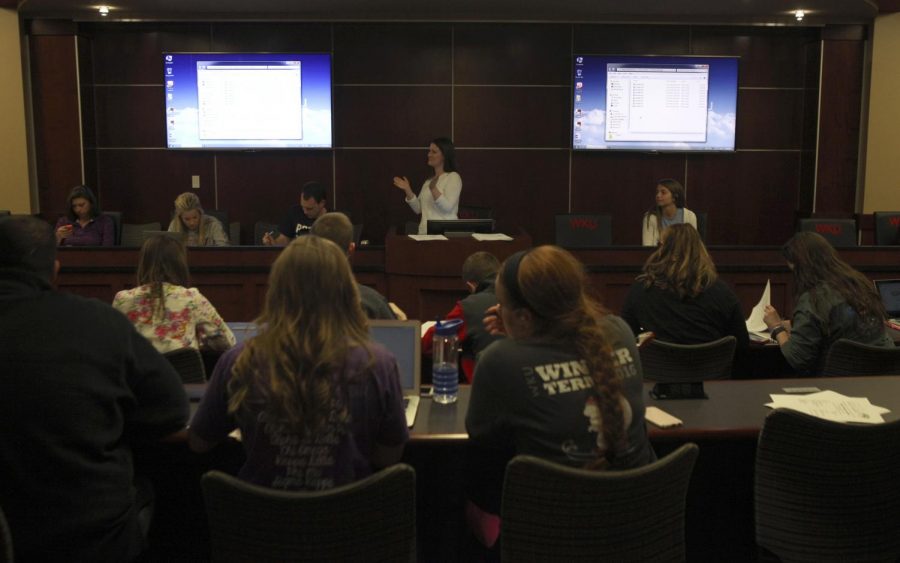 Hoyng said the renovation needs to be student-centered. He said creating a student committee would help guide what will be in the new renovation.

Hoyng said when the Aramark contract runs out during the summer, Aramark will go over the total budget of the renovation. There will be no student fees to fund the renovation.

“All members of the presidential committee will be hearing student remarks of what students will like to see in their next president,” Miles said. “Any student is welcome to speak.”

Nolan said he strongly requests students and staff to write a speech about what they would like to see in the next president at WKU.

The center has a list of events that will help bring awareness to Sexual Assault Awareness Month, Line said.

“I plan on launching this with the election applications which should be out soon,” Coffey said. “It’ll hopefully be by the end of the week or early next week.”

Campus Improvement Chair Zach Jones said during his report he met with the International Student Office about Nigerian students and their money.

“For transparency’s sake, basically what has happened is with international students, it is very difficult to get here,” Jones said. “One of those is saving money.”

Jones said he talked to the International Student Office to allow Nigerian Students to get enough money to pay for their college experience. With recent events, the price of Nigerian money does not reach as far as it would in the United States.

“They created a specific account where international student could receive a stipend,” Jones said. “The concern that was brought up was that it was temporary and that it was going to be discontinued after this year.”

Jones said the issue was resolved without needing to create a resolution.

Stated in the packet, elections will be held on April 18 and 19 on Topnet and results will be released in the SGA Senate chambers on April 20. Students running for office must file an application no later than April 5.

Next week, SGA will vote on a bill to fund Pakistan Day and a resolution to outline recommended qualities of the next university president.