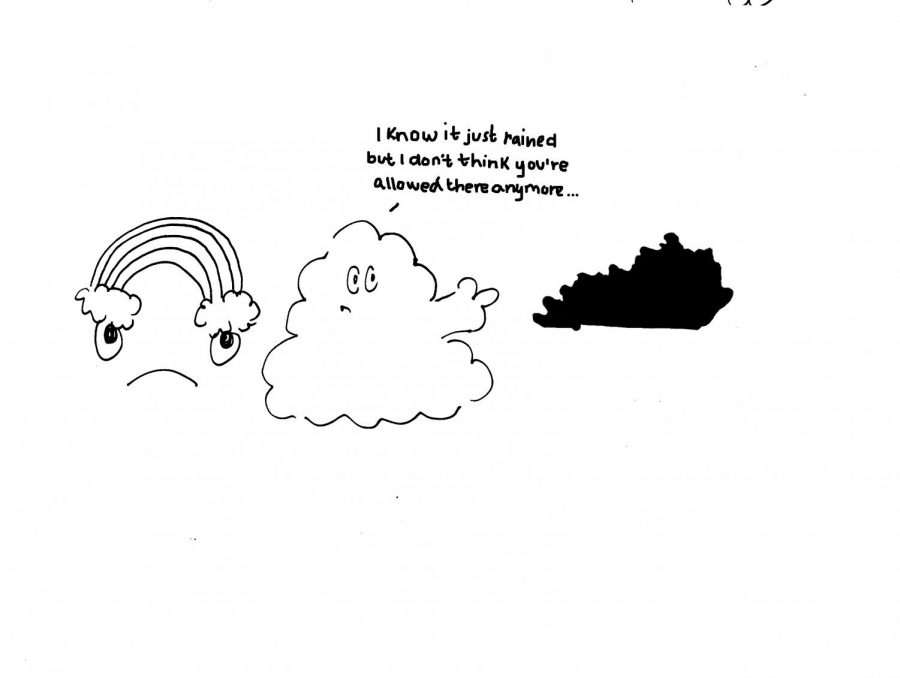 The issue: A bill that will allow any person who provides services to deny customers because of religious beliefs was advanced through a senate committee last month.

Our stance: The passing of this bill will serve as a protection for those who choose to discriminate, which seems like a step backwards.

Senate Bill 180 states its mission as a protection of religious freedom. It will allow anybody who provides a service to deny anyone based on “a sincerely held religious belief” and it cannot be stopped “… unless the government proves by clear and convincing evidence that it has a compelling governmental interest in infringing the specific act or refusal to act and has used the least restrictive means to further that interest.”

Basically, unless the government feels like it needs to be involved, discrimination based on gender and sexuality will be legal in Kentucky.

The bill, which is sponsored by Republican Sen. Albert Robinson, was introduced to the Senate a month ago and has since been passed through the Veterans, Military Affairs, and Public Protection Senate committee. It will likely be passed in the Senate and sent to the House, but the probability of it being passed in the House is slim. Thankfully, the House holds a Democratic majority and it wouldn’t make sense for them to pass it.

For the cities with Fairness Ordinances the passing of this bill could come as a crushing blow. Lexington, Louisville, Covington, Morehead, Frankfort, Danville, Midway and Vicco all have passed ordinances that protect lesbian, gay, bisexual and transgender individuals from discrimination.

If the bill is passed, and these ordinances are made invalid, people could suffer. The ordinances protect people from losing jobs, housing and other necessities.

For most cities and towns in Kentucky, however, this legal discrimination is already a reality, including right here in Bowling Green.

The Bowling Green Fairness Coalition and other similar groups around the state have been working towards providing Kentucky citizens with the necessary protection against discrimination. If this new bill is passed, their efforts will have gone to waste.

If this bill is passed, not only will the existing fairness ordinances be lost, but any hopes for Bowling Green to pass one will be lost as well.

The passing of this bill would set Kentucky back farther than it already is in our search for equality. We were already made famous by the lovely Kim Davis and her contribution to the degradation of LGBT individuals, why add more fuel to the fire?

Ed. note: A previous version of this story incorrectly spelled “them” as “the.” This error has been fixed online.